TOTAL MARKS: 80
TOTAL TIME: 3 HOURS (1) Question 1 is compulsory.
(2) Attempt any three from the remaining questions.
(3) Assume data if required.
(4) Figures to the right indicate full marks. 1 (a) Two concurrent forces P and Q acts at O such that resultant acts along x-axis. Determine the magnitude of Q and hence the resultant. 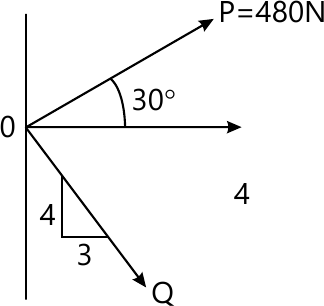 (4 marks) 1 (b) A cylinder with 1500 N weight is resting in an unsymmetrical smooth groove as shown in figure. Determine the reactions at the point of contacts. 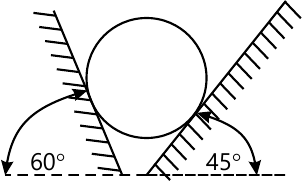 (4 marks) 1 (c) Expiain Angle of Friction, Angle of Repose and the relation between the two.(4 marks) 1 (d) A sprinter in a 100m race accelerates uniformly for the first 35m and then runs with constant velocity. If the sprinter's time for the first 35m is 5.4 seconds, determine his time for the race.(4 marks) 1 (e) A motorist travelling at a speed of 90kmph suddenly applies the brackes and comes to rest after skidding 100m. Determine the time required for the car to stop and coefficient of kinetic friction between the tires and the road.(4 marks) 2 (a) A system of forces acting on a bell crank is as shown. Determine the magnitude, direction and the point of application of the resultant w.r.t. 'O'

(6 marks) 2 (b) Two cylinder are kept in a channel as shown in figure. Determine the reactions at all the contact points A,B,C and D. Assume all surfaces smooth. 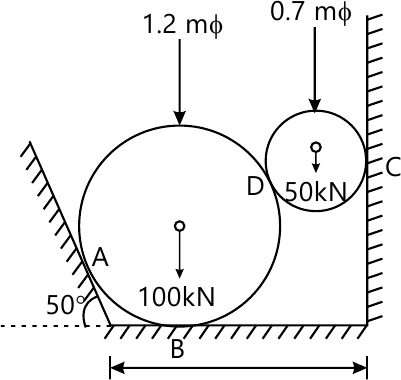 (8 marks) 2 (c) A ball of mass 'm' hits directly to a similar ball of mass 'm' which is at rest. The velocity of first ball after impact is zero. Half of the initial kinetic energy is lost in impact. Find coefficient of restitution.(6 marks) 3 (a) Determine the Centre of gravity of the shadded area. 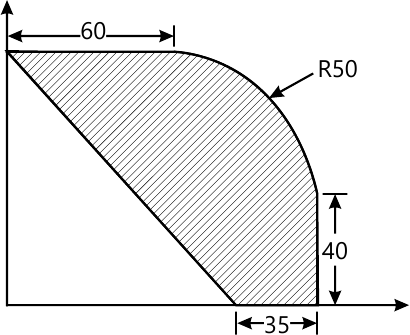 (8 marks) 3 (b) The lines of action of three forces concurrent at origin 'O' pass respectively through points A(-1,2,4), B(3,0,-3) and C(2,-2,4)m. The magnitude of forces are 40N, 10N and 30N respectively. Determine the magnitude and direction of their resultant.(6 marks) 3 (c) A 30N block is released from rest. It slides drown a rough incline having coefficient of friction 0.25. determine the maximum compression of the spring. 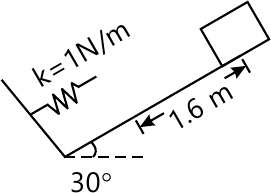 (6 marks) 4 (a) Find the support reaction at B and the load P, for the beam shown in figure if the reaction at support A is zero. 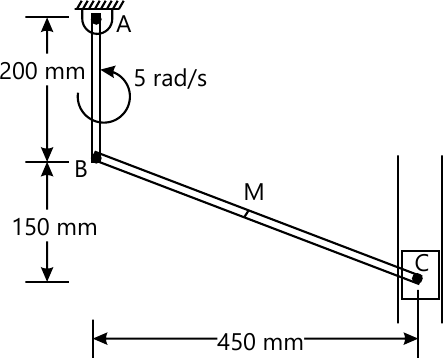 (6 marks) 5 (a) Determine the forces in members BC, CE and DE by method of sections and all other members by method of joints. Give the result in a table 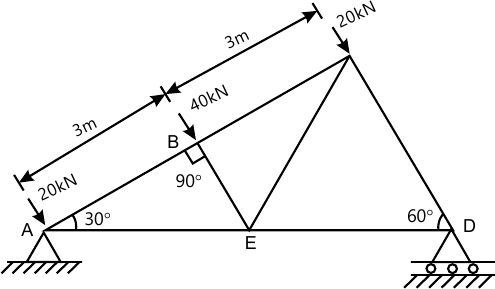 (8 marks) 5 (b) Due to slipping points A and B on the rim of the disk have the velocity as shown in figure. Determine the velocity of the centre point C and point D on the rim at this instant. Take radius of disk 0.24m. 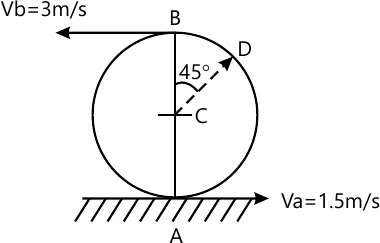 (6 marks) 5 (c) A particle moves in a straight line with a velocity-time diagrams shown in figure. If S=-25m at t=0, draw displacement time and accelerator time diagrams for 0 to 24 seconds.

(6 marks) 6 (a) The mass of A is 23kg and mass of B is 36kg. The coefficient of friction are 0.4 between A and B, and 0.2 between ground and block B. Assume smooth drum. Determine the maximum mass of M at impending motion 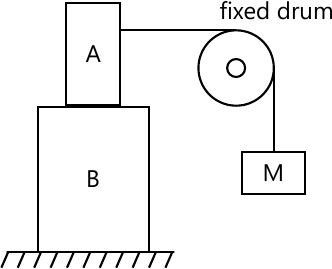 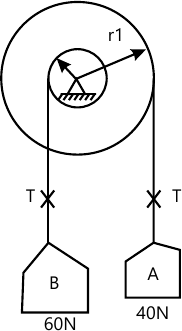