There are three modes of transfer for data, commands and status as follows:

The working of a DMA controller (8237 in this case) in a typical computer with a processor, disk controller is shown in Figure 9 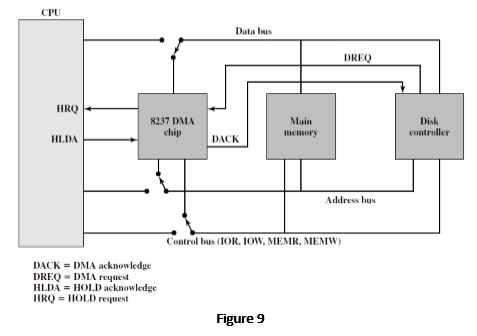