2
What are the components of ATM? Explain in brief. 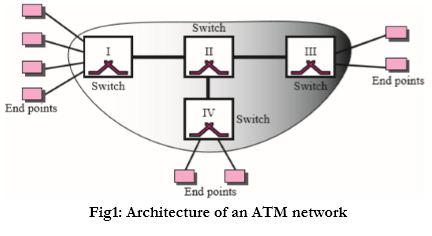 ATM Layers: The ATM standard defines three layers. They are, from top to bottom, the application adaptation layer, the ATM layer, and the physical layer as shown in Figure2.

AAL5: AAL5, which is sometimes called the simple and efficient adaptation layer (SEAL), assumes that all cells belonging to a single message travel sequentially and that control functions are included in the upper layers of the sending application.