Superheterodyne is basically a process of designing and constructing wireless communications such as radio receivers by mixing two frequencies together in order to produce a difference frequency component called as intermediate frequency (IF), so as to reduce signal frequency prior to processing. 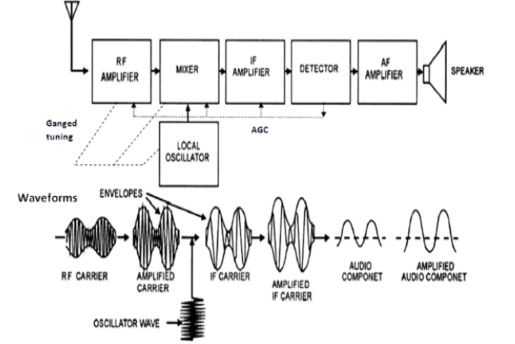