The various I/O buffering techniques are as follows:

In stream oriented I/O, it can be used in two ways, 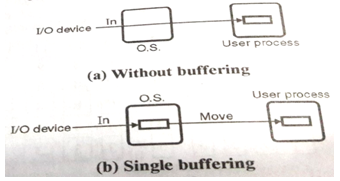