Pattern allowances are of five types 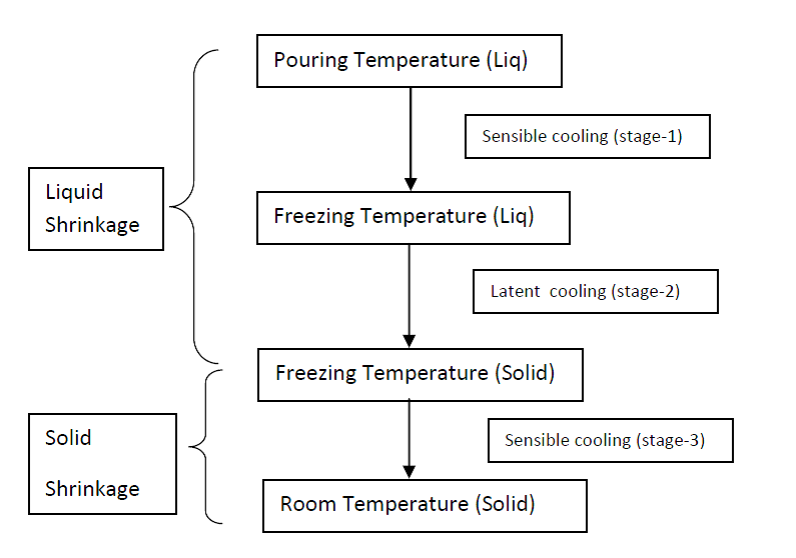 Solid shrinkages taking place in the casting process will be compensated by providing shrinkage allowance on the pattern.

Total shrinkage (liquid+solid) together will be highest in case of steel.

Extra dimensions provided on the pattern in the casting which will be removed by machining after casting process is called as machining allowance.

Machining allowance will be provided because

The amount of machining allowance to be provided depends on the complexity of the casting to be produced.

Draft allowance is not provided if the patterns are made of wax and mercury.

To maintain the required casting size, the original pattern dimensions must be reduced by an amount called shake allowance.

The distortion allowance is not required to be provided on all castings but it is provided on U or V shaped castings to be produced.