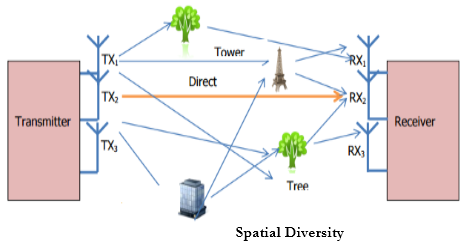 A scheme based on switching between diversity coding and spatial multiplexing. It is considered that it is fixed rate system in which receiver adaptively selects one of the two transmissions. Antenna selection is based either on full channel feedback or long term statistics. - Multi-antenna is key technology for mitigating the negative effects of the wireless channel, providing better link quality and higher data rate without consuming extra bandwidth or transmitting power. - The use of multiple antennas at either receiver, transmitter or both ends provides benefits like: