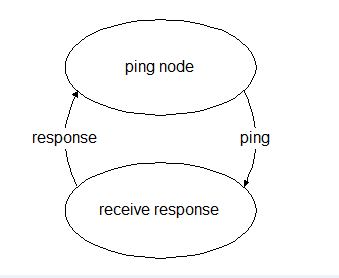 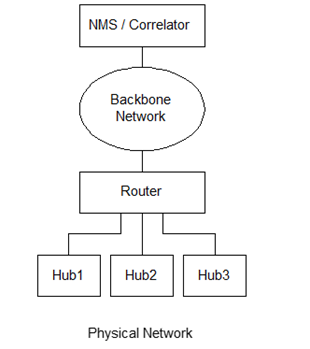 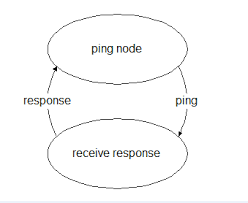 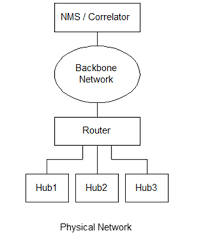 • A state transition graph, similar to a sequence diagram, is followed to detect problems and make decisions.

• Can be used instead of or as a complement to other techniques.

• It is best to illustrate with an example of how a state transition diagram could be used to correlate events in the network. When the hub is working and the connectivity to the NMS is good, a response is received for each ping sent, say every minute, by the NMS. This is represented by the top two states, ping hub and receive response, refer Figure 1(a)

• Consider the situation when a response for a ping is not received before the next ping is ready to be sent. NMS typically expects a response in 300 milliseconds. An action is taken by the NMS and the state transitions from receive response to pinged twice. 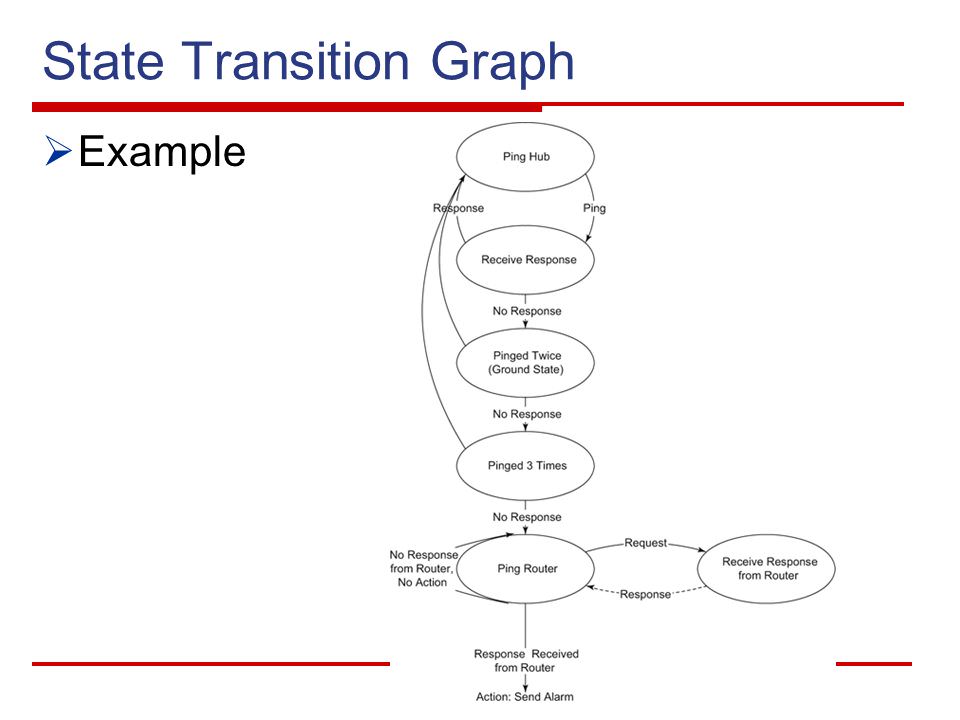 • Let us assume that the NMS is configured to ping three times before it declares that there is a communication failure between it and the hub. Without any correlation, an alarm will be triggered and the icon representing the hub would turn red.

• However, the hub may actually be working and the workstations on it may all be communicating with each other. From the topology database, the correlator in the NMS is aware that the path to the hub is via the router. Hence, on failure of the third ping, an action is taken and the system transitions to the ping router state. The router is pinged and the system transitions to the receive response from muter state.

• There are two possible outcomes now. The connectivity to the router is lost and no response is received from the router. The system takes no action, which is indicated by the closed loop in the ping router state. The second possibility is that a response is received from the router. This means that the connection to the hub is lost. Now, the correlator in the NMS triggers an alarm that turns the hub icon red.