Data link layer is responsible for reliable node to node delivery of the data. It accepts packets from the network layer and forms frames and gives it to the physical layer as shown in the below figure: 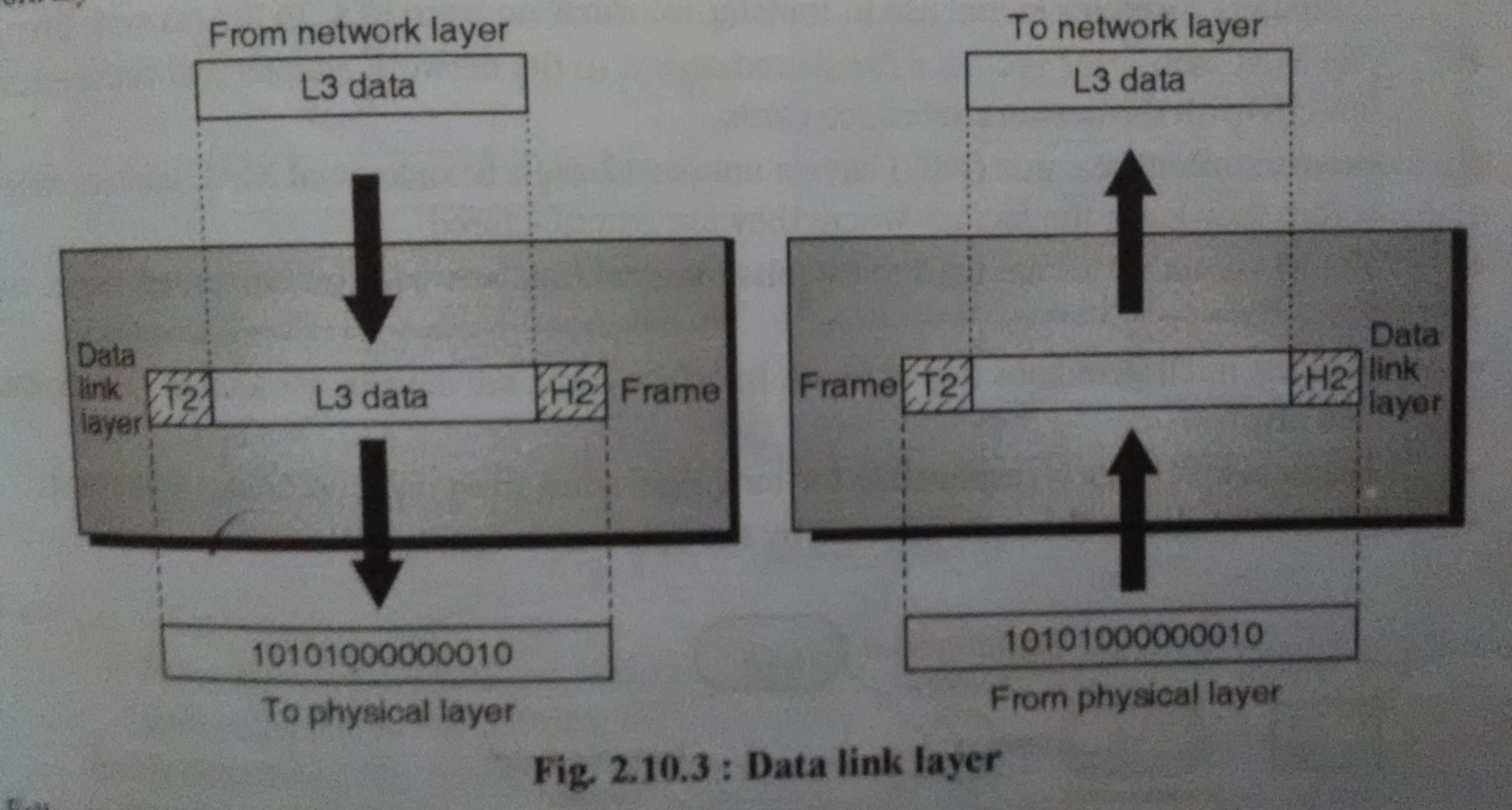 Following are the functions of data link layer: 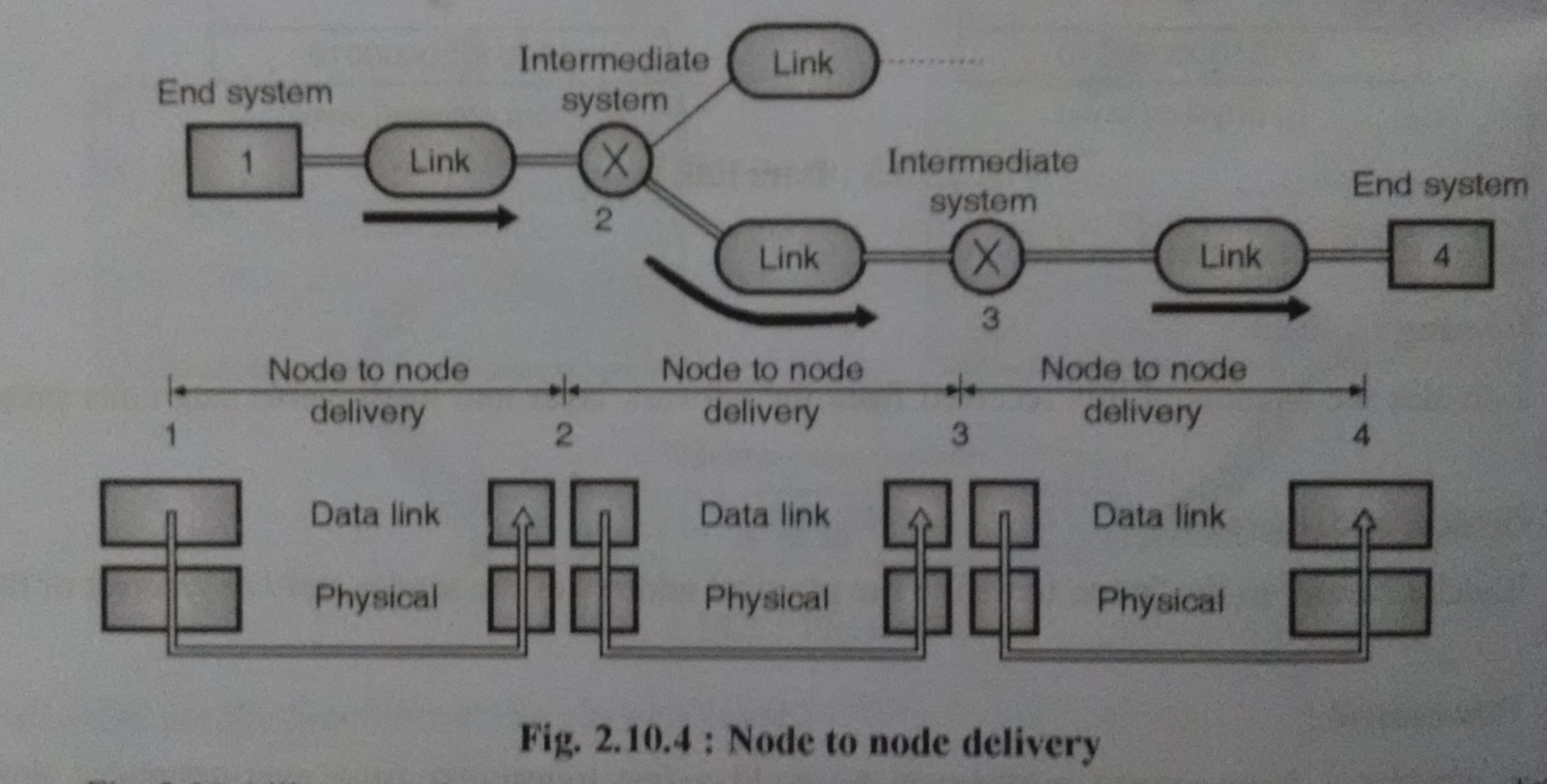 o The data is being sent from end system-1 to end-system-4. To do so, three partial deliveries are made.