• It is based on the routing method called path vector routing. This principle is used because the distance vector routing and link state routing do not prove to be good candidates for inter-autonomous system routing.

• The transport of packets through an inter-network is relatively straightforward. Path determination on the other hand can be very complex. One protocol that addresses the task of path determination in today’s networks is the Border Gateway Protocol (BGP). BGP performs inter-domain routing in Transmission-Control Protocol/Internet Protocol (TCP/IP) networks.

• BGP is an exterior gateway protocol (BGP) which means that it performs routing between multiple autonomous systems or domains and exchanges routing and reachability information with other BGP systems.

• BGP was developed to replace its predecessor, the now obsolete Exterior Gateway Protocol (EGP), as the standard exterior gateway routing protocol used in the global internet.

• BGP neighbours communicating between autonomous systems must reside on the same physical network. The internet serves as an example of an entity that uses this type of routing because it is comprised of autonomous systems or administrative domains. Many of these domains represent the various institutions, corporations and entities that make up the internet. BGP is frequently used to provide path determination to provide optimal routing within the internet. 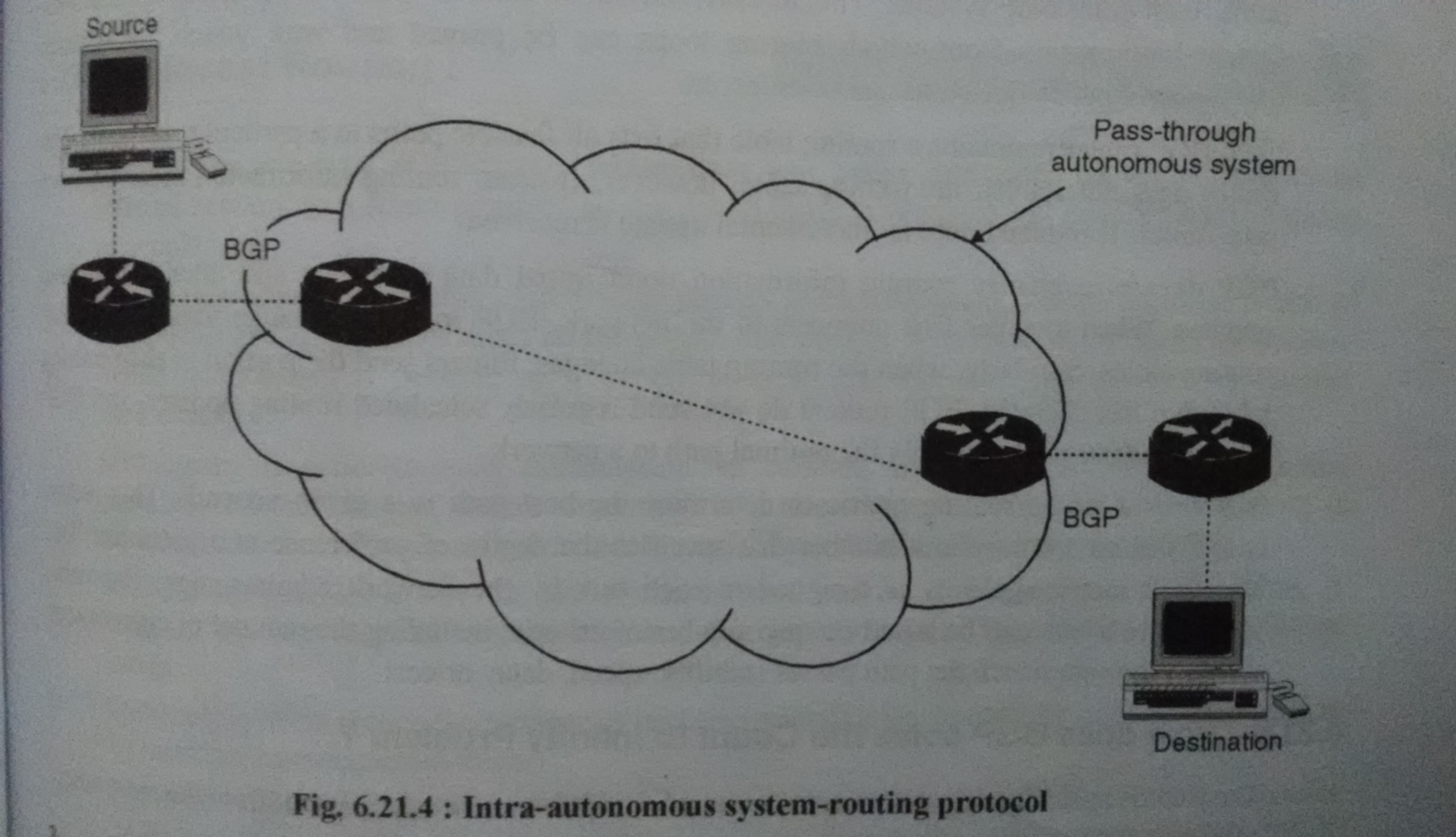 • The BGP is basically a distance vector protocol but it is very much different from the most other protocols such as RIP (Routing Information Protocol).

• Instead of maintaining just the cost of each destination, each BGP router keeps track of the path used.

• Similarly instead of periodically giving each neighbour its estimated cost to each possible destination, each BGP router tells its neighbour the exact path that is using.

• Figure shows a set of BGP routers and table shows the information that router F receives from its neighbours about D.

• BGP can solve the count to infinity problem easily. This can be explained as follows: Suppose that the router G in figure crashes or if the line FG becomes faulty, then router F receives routes from the remaining three neighbours i.e. B, I and E.

• As shown in the table these routes are BCD, IFGCD and EFGCD.

• Looking at these routes, router F immediately understands that the routes IFGCD and EFGCD are useless because they pass through F itself.

• So it decides to choose FBCD path as a new route. This avoids the count to infinity problem.