1(a) Find the force F4 , so as to give the resultant of the force sytem shown below. 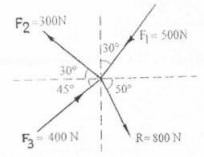 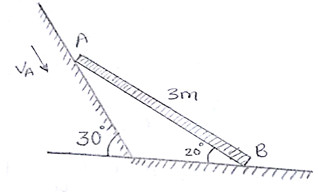 (4 marks) 00
1(d) What is Zero force member in aTruss. With examples state the conditions for a zero force member.
(4 marks) 00
1(e) A glass ball is dropped onto a smooth horiziontal floor from which it bounces to a height of 9m. On the second bounce it rises to a height of 6m. From what height the ball was dropped and what is the coefficient of restitution between the glass and the floor.
(4 marks) 3049
2(a) Figure shows a beam AB hinged at A and roller supported at B. The L shaped portion is welded at D to the beam AB. For the loading shown, find the support reactions.

(8 marks) 2935
2(b) The acceleration-time diagram for linear motion is shows. Construct velocity-time diagram and displacement-time diagrams for the motion assuming that the motion starts with initial velocity of 5m/s from starting point. 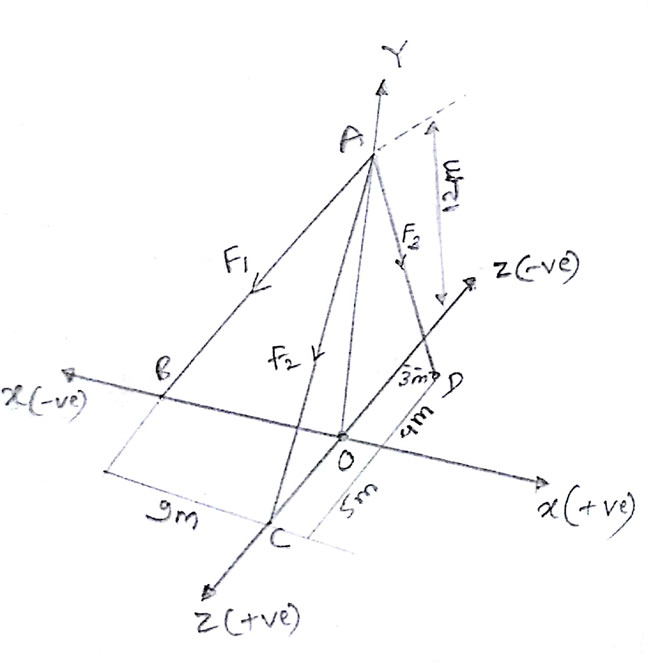 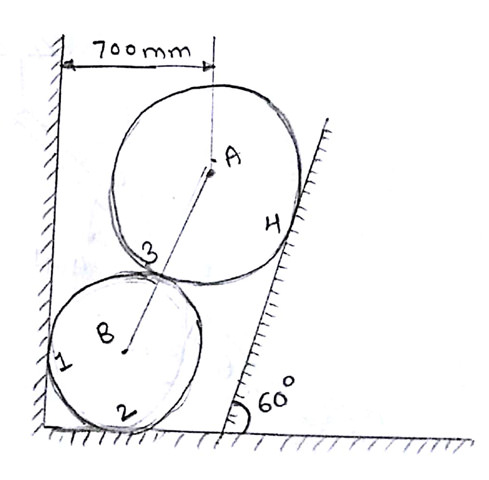 (8 marks) 2928
3(b) A circle of diameter 1.5m is cut from a composite plate. Determine the centroid of the remaining area of the plate. 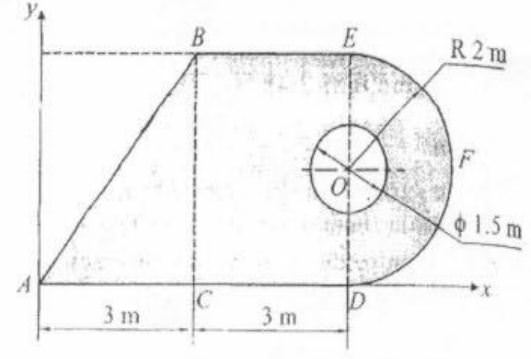 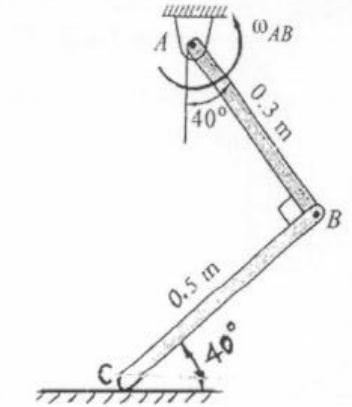 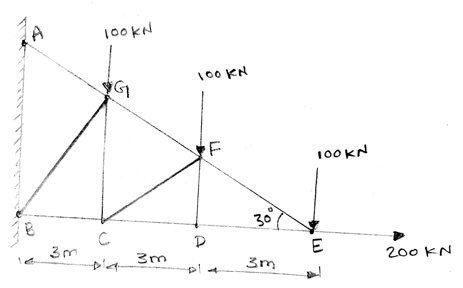 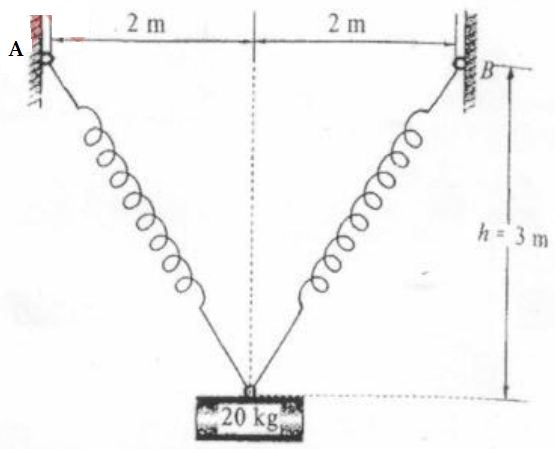 (6 marks) 00
4(c) A macine parts is subjected to forces as shown. Fnd the resultant of force in magnitude and directions. Also locate the point where resultant cuts the centre line of the bar AB. 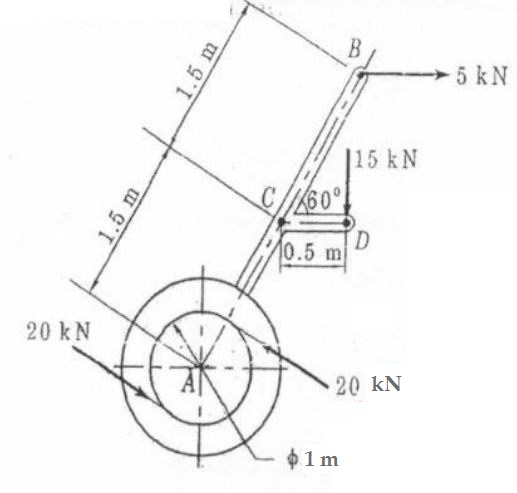 (6 marks) 00
5(a) Two blocks A and B are resting against the wall and floor as shown in the figure. Find minimu value of P that will hold the system to equilibrium. Take μ=0.25 at the floor, μ=0.3 at the wall and μ=0.2 between the blocks.

(8 marks) 2979
5(b) A shot is fired with a bullet with an initial velocity of 20m/s from a point 10m infront of vertical wall 5m high. Find the angle of projection with the horiziontal to enable the shot to just clear the wall. Also find the range of shot where the bullet falls on the ground.
(6 marks) 3001
5(c) Three blocks A,
B and C of masses 3kg,
2kg and 7kg respectively are connected as shown. Determine the acceleration A,
B and C. Also find the tension in the strings.

(6 marks) 3067
6(a) Block A of weight 2000N is kept on as inclined plane at 35°. It is connected to weight B by an inextensible string passing over smooth pulley. Determine the weight of pan B so that B just moves down. Assume μ=0.2 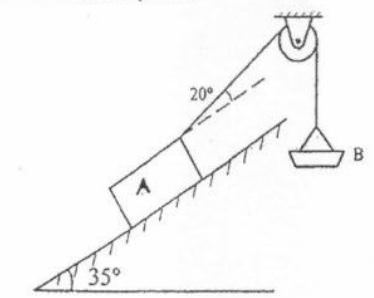 (5 marks) 2978
6(b) A particle falling under gravity travels 25m in a particular second. Find the distance travelled by it in next three seconds.
(5 marks) 00
6(c) A rod AD of length 40 cm is suspended from point D as shown in Fig. If it has a weight of 25N and also supports a 40N load, find the tension in the cable using the method of virtual work. Take AC = 30cm. 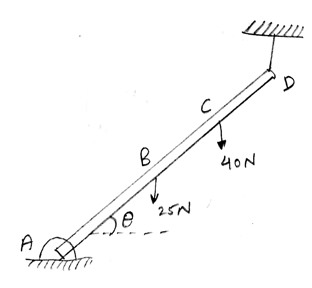 (5 marks) 00
6(d) T-shaped rod is suspended using three cables as shown. Neglecting the weight of the rods. Find the tension in each cable. 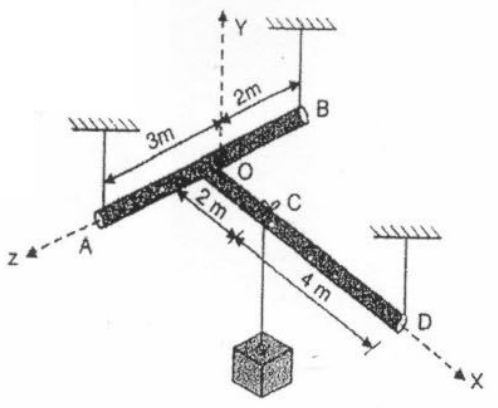 Solution Is not here