Rabin Karp Algorithm A string search algorithm which compares a string's hash values, rather than the strings themselves. For efficiency, the hash value of the next position in the text is easily computed from the hash value of the current position. he Rabin–Karp algorithm or Karp–Rabin algorithm is a string searching algorithm created by Richard M. Karp and Michael O. Rabin (1987) that uses hashing to find any one of a set of pattern strings in a text. For text of length n and p patterns of combined length m, its average and best case running time is O(n+m) in space O(p), but its worst-case time is O(nm).

1) Pattern itself. 2) All the substrings of text of length m.

2.We could use the brute force method for string matching, which utilizes iteration over T. At each letter, we compare the sequence against P until all letters match of until the end of the alphabet is reached. 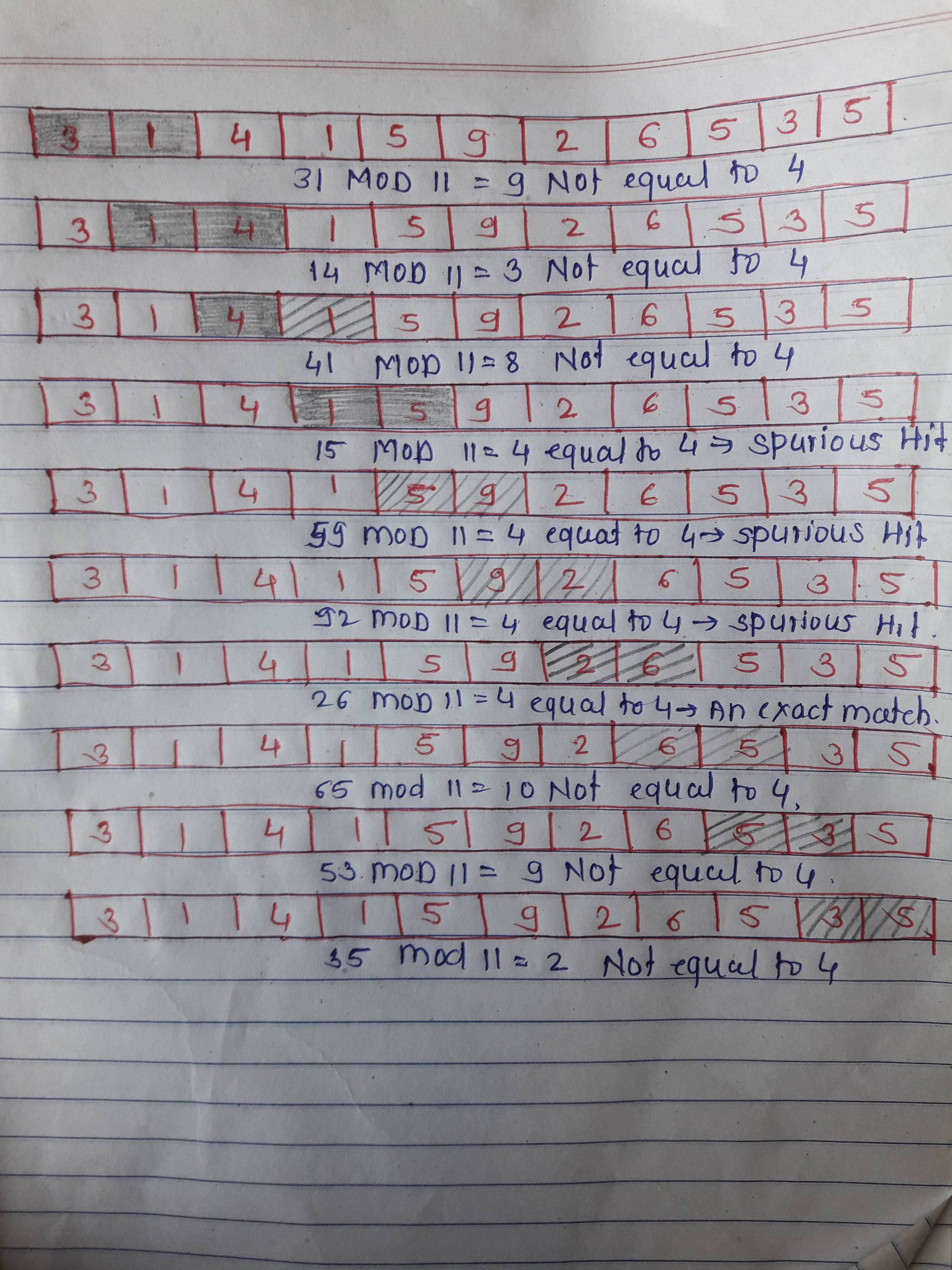 As we can see, when a match is found, further testing is done to insure that a match has indeed been found.