Eight Queens Puzzle The eight queens puzzle is the problem of placing eight chess queens on an 8×8 chessboard so that no two queens threaten each other. Thus, a solution requires that no two queens share the same row, column, or diagonal. The eight queens puzzle is an example of the more general n queens problem of placing n non-attacking queens on an n×n chessboard, for which solutions exist for all natural numbers n with the exception of n=2 and n=3. The eight queens puzzle has 92 distinct solutions. If solutions that differ only by the symmetry operations of rotation and reflection of the board are counted as one, the puzzle has 12 solutions. These are called fundamental solutions; representatives of each are shown below.

The initial state is given by the empty chess board. Placing a queen on the board represents an action in the search problem. A goal state is a configuration where none of the queens attacks any of the others. Note that every goal state is reached after exactly 8 actions. 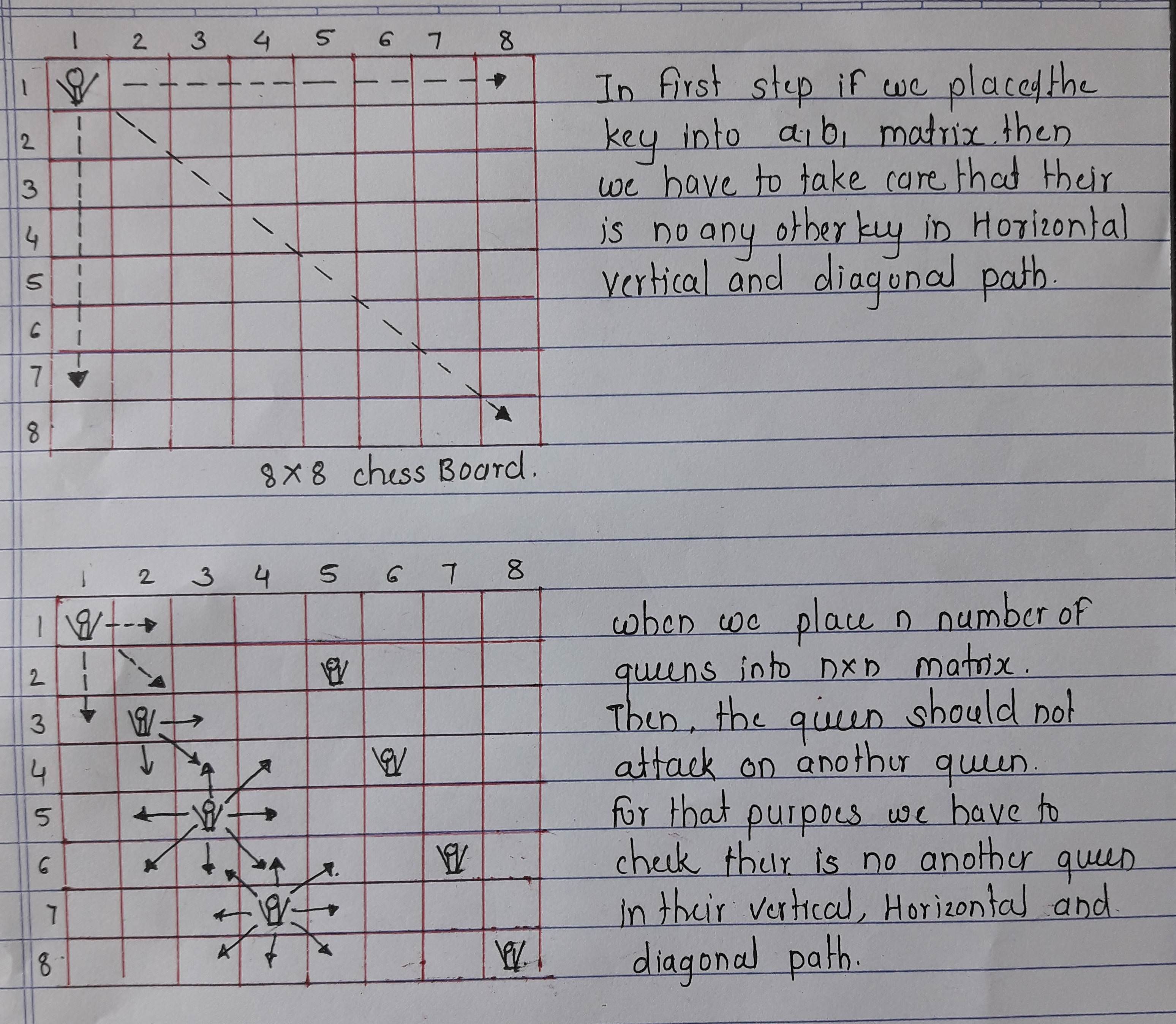 This formulation as a search problem can be improved when we realize that, in any solution, there must be exactly one queen in each of the columns. Thus, the possible actions can be restricted to placing a queen in the next column that does not yet contain a queen. This reduces the branching factor from (initially) 64 to 8.

Furthermore, we need only consider those rows in the next column that are not already attacked by a queen that was previously on the board. This is because the placing of further queens on the board can never remove the mutual attack and turn the configuration into a solution.