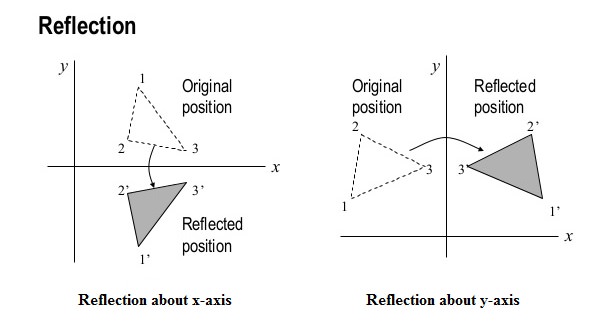 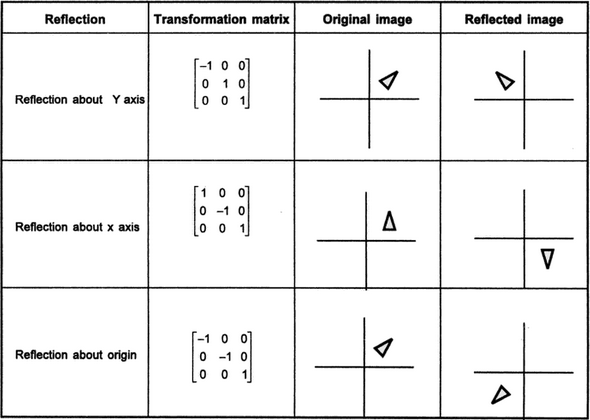 The x shear preserves the y co-ordinates, but changes the x values which causes vertical lines to tilt right or left as shown in the figure below . The transformation matrix for x shear is given as 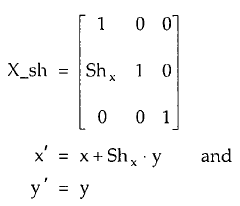 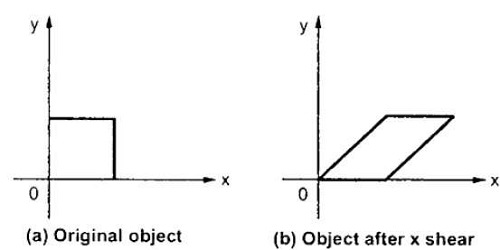 The y shear preserves the x coordinates, but changes the y values which causes horizontal lines to transform into lines which slope up or down, as shown in the figure below. The transformation matrix for y shear is given as 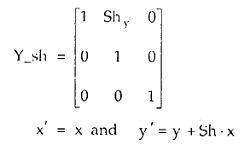 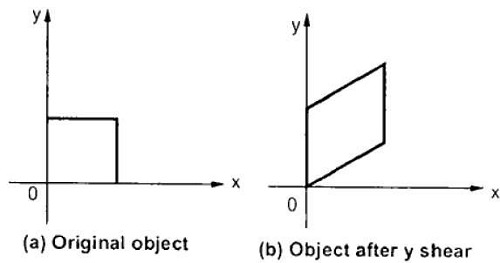