ATM standard defines two types of ATM connections: virtual path connections (VPCs), which contain virtual channel connections (VCCs) as shown in Fig. A virtual channel connection (or virtual circuit) is the basic unit, which carries a single stream of cells, in order, from user to user. A collection of virtual circuits can be bundled together into a virtual path connection. A virtual path connection can be created from end-to-end across an ATM network. In this case, the ATM network does not route cells belonging to a particular virtual circuit. All cells belonging to a particular virtual path are routed the same way through the ATM network, thus resulting in faster recovery in case of major failures. In this case, all the switches within the ATM network are only VP switches, i.e. they switch the cells only on the basis of VPIs. Only the switches, which are connected to the subscribers are VP/VC switches, i.e. they use both VPIs and VCIs to switch the cell. This configuration is usually followed so that the intermediate switches can do switching much faster 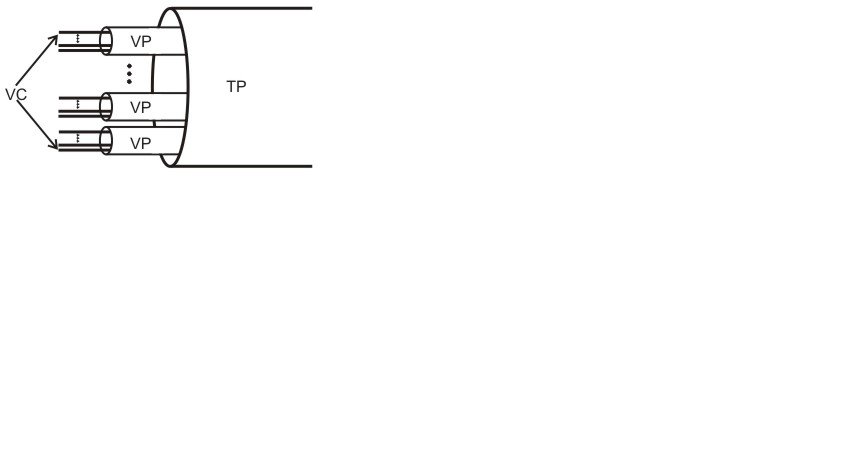 An ATM network also uses virtual paths internally for the purpose of bundling virtual circuits together between switches. Two ATM switches may have many different virtual channel connections between them, belonging to different users. These can be bundled by two ATM switches into a virtual path connection. This can serve the purpose of a virtual trunk between the two switches. This virtual trunk can then be handled as a single entity by perhaps, multiple intermediate virtual paths cross connects between the two virtual circuit switches