It is a typical problem of discrete event system of balancing the cost of waiting against the cost of idle time of services facilities in the system. It has the following structure. 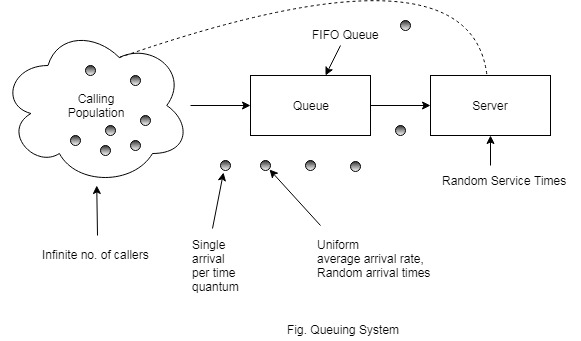 Queuing system has the following characteristics

FIFO: Refers to first in last out

LIFO: Refers to last in first out

Priority Queue: Specifies no. of queues based on priority 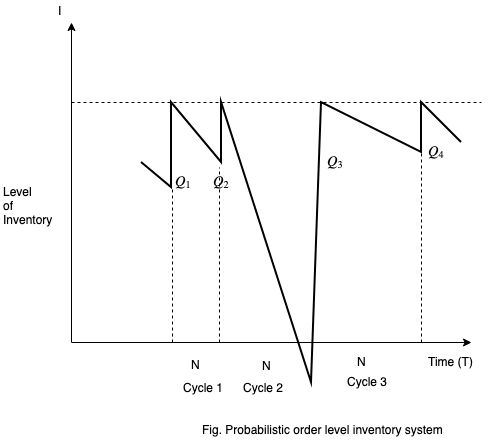 At the end of the review period (cycle 1 ), an order quantity $Q_2$ is placed. In real time, demands are not usually uniform and fluctuate over time. i.e. demands on each day are random, hence order quantities are also random.

Reliability is defined as the probability that a system or it's components will perform its specified function under operating conditions for particular duration.

Reliability as a parameter is used to compose and evaluate the various policies or systems and recommend the best one. Example: Consider a manufacturing machine is used to produce a finished product.

If the bearing fails replace one bearing

If a bearing fails, replace all three bearings management needs a evaluation of the proposed method. This is the problem where comparing two systems is done and best one is implemented.