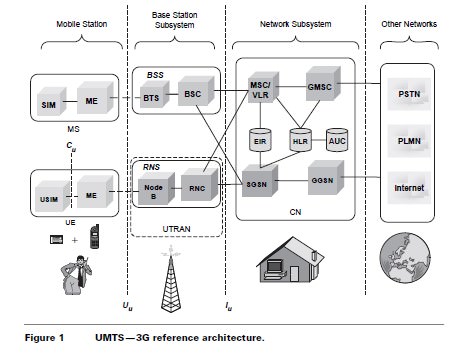 The Mobile Station (MS) is user equipment (UE). Function of MSC is same as that in GSM.
SGSN & GGSN are the gateways used to connect with other network (PSTN,PLMN,INTERNET) with speed upto 2 MBPS.
The core n/w elements are connected to radio n/w through Iu interface.
The Radio Access n/w (RAN) called as Terrestrial Radio Access N/W (UTRAN) Iur interface connects Radio n/w controllers. Base stations are connected to RNC through the Iub interface 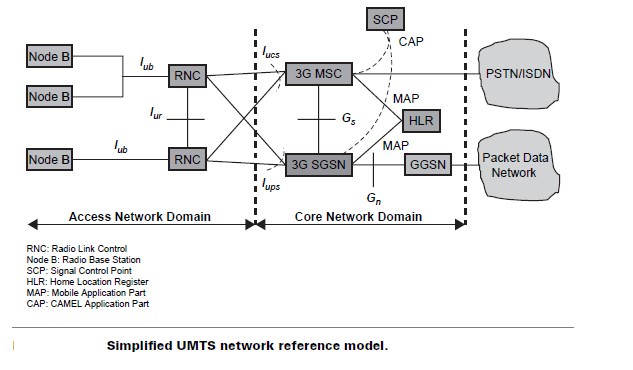