1.A satellite is an object that orbits or revolves around another subject.

2.Man-made satellites are highly specialized wireless receiver transmitters that are launched by a rocket and placed in orbit around the earth.

3.Unlike conventional terrestrial systems, the satellite systems have its transmitter based in sky and not on ground.

4.The transmitter consists of a

5.These satellites have wide applications in many fields including weather forecasting, TV broadcast, Navigation (GPS) etc.

An orbit is the path that a satellite follows as it revolves around the earth. Basically there are three main orbits as shown in figure below: 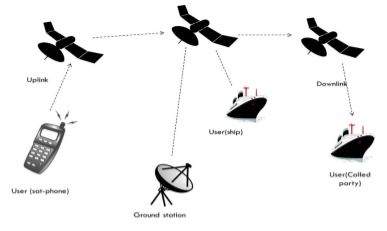