When a station calls a mobile station, we can term it as a Mobile Terminated Call (MTC). For e.g. when a call is made from a MTNL landline to an Airtel mobile phone we call it as an MTC.

The mobile terminated call set-up is described below.

Till now we were finding the phone. Now since we have partially-located it we try calling it so as not to waste more time. 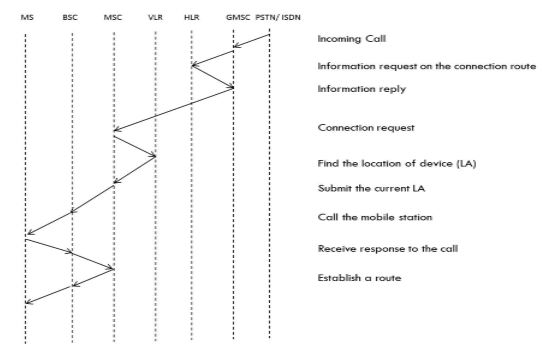