Ranging-the process of establishing intermediate point on a straight line between two end points is known as ranging. There are two methods of ranging

When intermediate ranging rod are fixed on a straight line by direct observation from end station, the process is known as direct ranging.

• Assume that A and B are two end station of chain line where two ranging rod are already fixed.

• Suppose it is required to fixed ranging rod at intermediate point P on chain line in such a way that the point A,P and B are in the same straight line.

• Surveyor stands 2m behind the ranging rod A by looking toward the line AB.

• Assistant hold a ranging rod at P vertically at arm length. Rod should be held lightly by thumb and fore finger.

• Now surveyor directs the assistant to move the ranging rod to the left or right. Until the three ranging rod come exactly in the same straight line.

• To check none vertically of the rod, surveyor bend down and look through the bottom of rod.

• Ranging will be perfect when three ranging rod coincide and appeared as a single rod.

• When surveyor satisfied that the ranging is perfect he signal the assistant to fixed the ranging rod on the ground by waving both his hand up and down.

• Following the same procedure the other ranging rod fixed on line.

• The person on m3 will guide the person at m2 to come to a position m4 such that m3,m4 and B are in one line 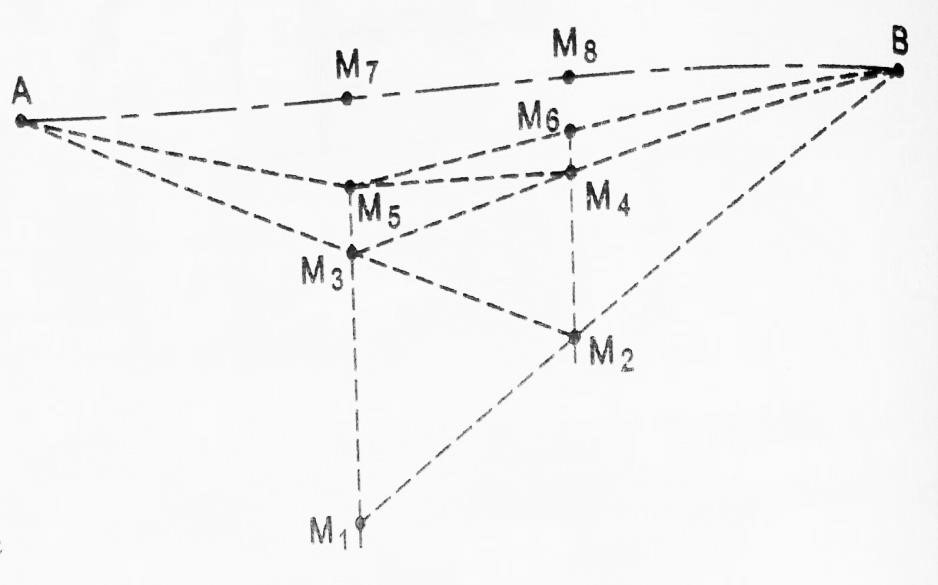