The hidden terminal problem occurs when a terminal is visible from a wireless access point (APs), but not from other nodes communicating with AP. This situation leads the difficulties in medium access control sub-layer over wireless networking.

In a formal way hidden terminals are nodes in a wireless network that are out of range of other node or a collection of nodes. 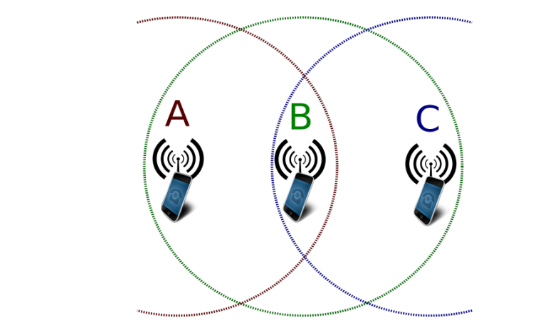 The hidden terminal analogy is determined as follows

Some other technology that can be employed to solve hidden node problem are: Increase Transmitting Power from the Nodes. With the enhancement of the transmission power of access point can solve the hidden terminal problem by allowing the cell around each mode to increase in size, encompassing all of the the nodes.

Use protocol enhancement software:: Pooling and token passing strategy should be used before start data transformation 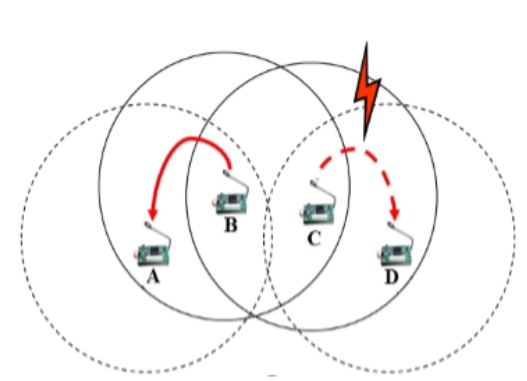 In wireless networks, when a node is prevented from sending packets to other nodes because of a neighboring transmitter is known as the exposed node problem

Here, if a transmission between A and B is taking place, node C is prevented from transmitting to D as it concludes after carrier sense that it will interfere with the transmission by its neighbor node B.However note that node D could still receive the transmission of C without interference because it is out of range from B. Therefore, implementing directional antenna at a physical layer in each node could reduce the probability of signal interference, because the signal is propagated in a narrow band.

The exposed terminal analogy is described as follows: