The Truth Table for the JK Function 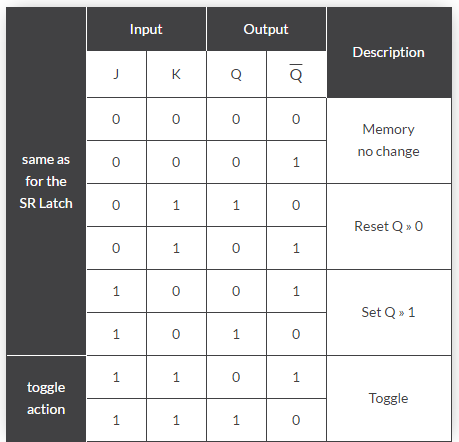