1. TCP seq number prediction: a hacker can predict the sequence number is incremented by a constant amount per second & half that amount each time a connection is inhibited, i.e session hijacking + TCP injection

3. SYN flood: (It works by exploiting the 3-way handshake) The idea behind an SYN flooding is to flood the target system with connection requests from spoofed source addresses.

a) During TCP, 3-Way handshake,

b) In Middle of an established connection. 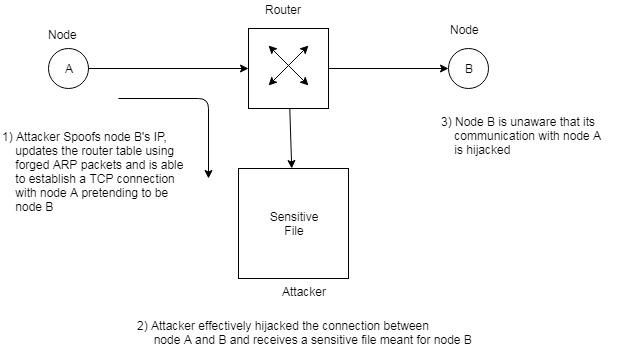