i. A UMTS system can be divided into a set of domains and the reference points that interconnect them.

iii. The MS of GSM is referred as user equipment (UE) in UMTS. The MSC has quite similar functions both in GSM and UMTS. Instead of circuit-switched services for packet data, a new packet node SGSN is introduced. This SGSN is capable of supporting data rates of up to 2 Mbps.

iv. The core-network elements are connected to the radio network via the Iu interface, which is very similar to the A-interface used in GSM.

v. The major changes in the UMTS architecture are in the Radio Access Network (RAN), which is also called UMTS terrestrial RAN (UTRAN). There is a totally new interface called Iur,which connects two neighbouring Radio Network Controllers (RNCs).BSs are connected to the RNC via the Iub interface.

i. The UMTS interfaces can be categorized as follows: 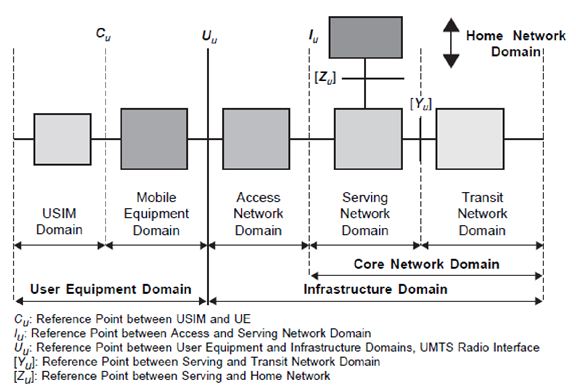 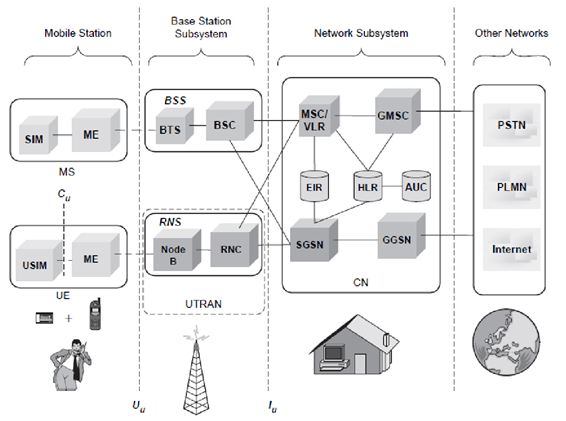 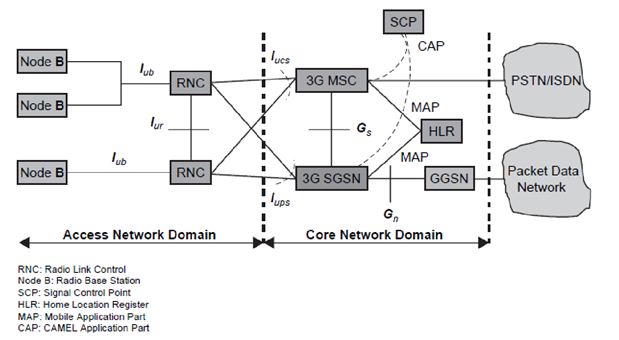