The Bell Coleman Cycle (also called as the Joule or "reverse" Brayton cycle) is a refrigeration cycle where the working fluid is a gas that is compressed and expanded, but does not change phase. Air is most often this working fluid. As there is no condensation and evaporation intended in this gas cycle, components corresponding to the condenser and evaporator in a vapour compression cycle are the hot and cold gas-to-gas heat exchangers.

This cycle may be thought of as a modification of reversed Carnot cycle, as the two isothermal processes of Carnot cycle are replaced by two isobaric heat transfer processes. 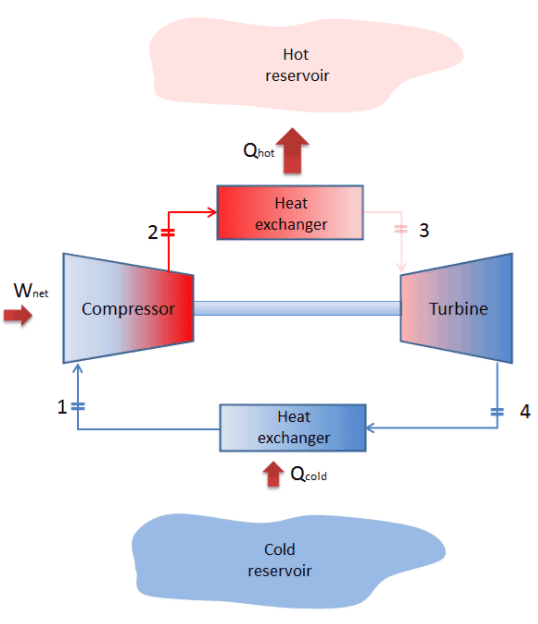 The figure shows a schematic diagram of Bell-Coleman refrigerator. This refrigeration system components consists of a compressor, cooler, expander, and refrigerator. 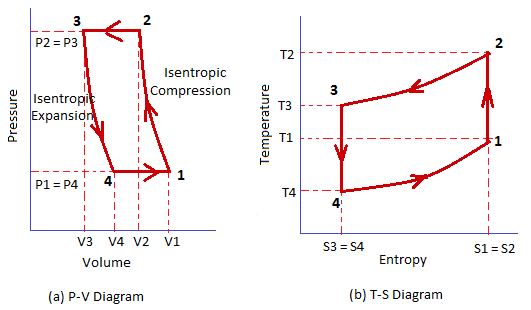 The figure above shows the P-V and T-S diagrams of the Bell coleman refrigerator. Here P1, V1, T1, and S1 represent the pressure, volume, temperature, entropy of air respectively at point 1. and so on. It represents the corresponding condition of air when it passed through the component.

The air drawn from the refrigerator to air compressor cylinder where it compressed isentropically (constant entropy). No heat transfer by the air. During compression, the volume decreases while the pressure and temperature of air increases.

The warm compressed air is then passed through cooler, where it cooled down at constant pressure. The heat rejected per kg of air during this process is equal to: q(2->3) = Cp(T2 -T3)

Heat transfer from the refrigerator to air. The temperature increases from T4 to T1. Volume increases to V1 due to heat transfer. Heat absorbed by air per kg during this process is equal to: q(4->1) = Cp(T1 -T4)

Equation of Coefficient of performance (COP) of Bell Coleman cycle 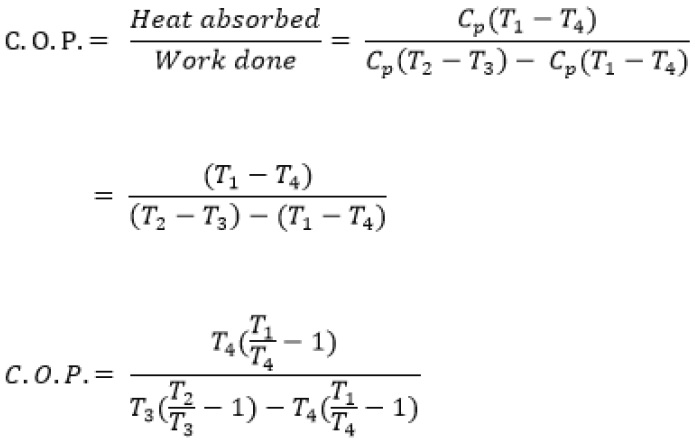 Substituting this in the COP equation: 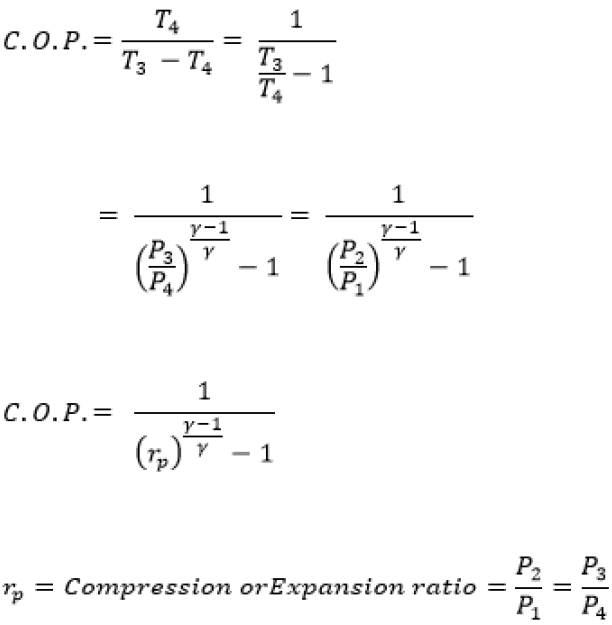