Surface micro-machined devices are typically made up of 3 types of components.

Both micro-structural and insulator components can be deposited in thin films. Polysilicon is a popular material

The etching rates for sacrificial components must be much higher than those for the two other components.

1. - A silicon substrate base with a PSG deposited on its surface.

2. - A mask [ mask 1 ] is made instep 2 to cover the surface of the PSG layer for the subsequent etching to allow for the attachment of the future cantilever beam as shown in step 3. 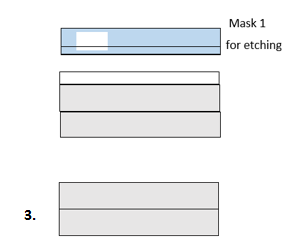 4. - Another mask [ mask 2 ] is made for the deposition of poly-silicon micro structural material in step 4. 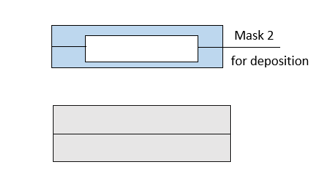 The PSG that remains in step 5 is subsequently etched way to produce the desired cantilever beam as shown in step 6. 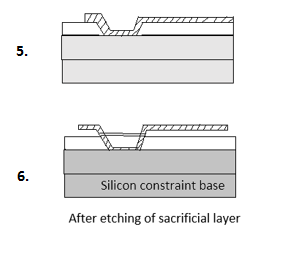 After itching, the structure is rinsed in deionized water thoroughly followed by drying under infrared lamp.