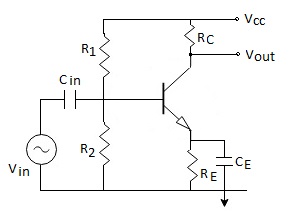 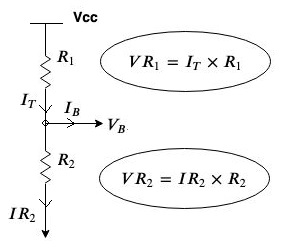 This makes the transistor ckt independent of changes in $’\beta’$ as the voltage at transistor bare emitter and collector.

The current flowing through $RB_2$ is generally set at 10 times the value of the required bare current. IB so that it has no effect on the voltage divider current or changes in $\beta$ 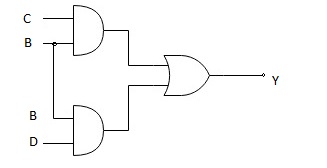