Plasticity of soil is its ability to undergo deformation without cracking or fracturing.

The main engineering properties of soils are permeability, compressibility and shear strength.

Permiability indicates facility with which water can flow through soils.

Shear strength of soil is its ability to resist shear stress. It determines

The Atterberg limits are a basic measure of the critical water content of a fine grained soil. It is shrinkage limit, plastic limit and liquid limit. 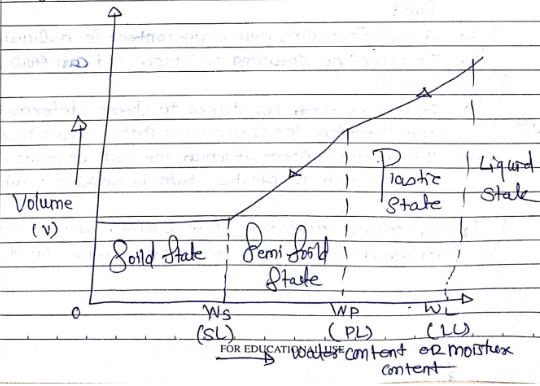 The soil remains plastic when the water content is between liquid limit to plastic limit. PI = LL-PL