Authentication in the GSM system is achieved by the Base Station sending out a challenge to the mobile station. The MS uses a key stored on its SIM to send back a response that is then verified. This only authenticates the MS, not the user. 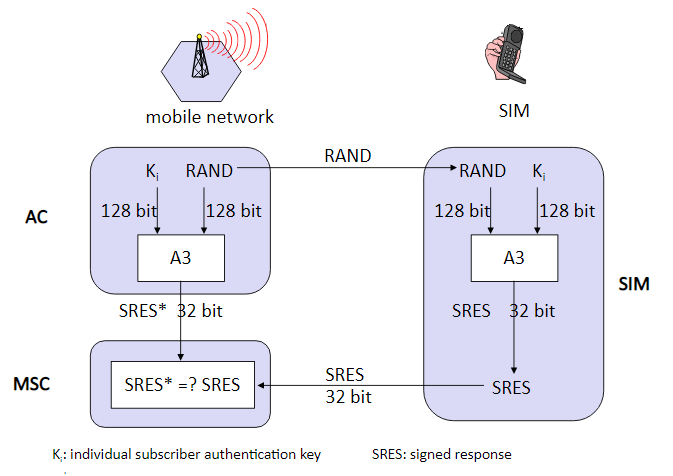 Figure 15: process of authentication in GSM

To request for a call or to receive a call, the MS has to get authenticated. The process is as follows:

GSM uses information stored on the SIM card within the phone to provide encrypted communications and authentication. GSM encryption is only applied to communications between a mobile phone and the BS. The rest of the transmission over the normal fixed network or radio relay is unprotected, where it could easily be eavesdropped or modified. In some countries, the base station encryption facility is not activated at all, leaving the user completely unaware of the fact that the transmission is not secure. GSM encryption is achieved by the use of a shared secret key. If this key is compromised it will be possible for the transmission to be eavesdropped and for the phone to be cloned (i.e., the identity of the phone can be copied). A 64-bit key is divided to provide data confidentiality. It is not possible to encrypt all the data; for example, some of the routing information has to be sent in clear text. The detailed process of Encrypting the data is as shown in Figure 16. 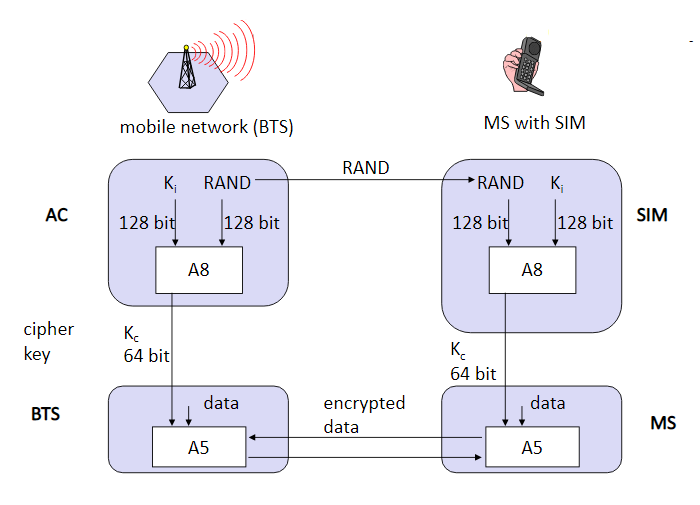 Figure 16: process of authentication in GSM

The security-related information consisting of triplets of RAND, signature response (SRES), and Kc are stored in the VLR. When a VLR has used a token to authenticate an MS, it either discards the token or marks it used. When a VLR needs to use a token, it uses a set of tokens that is not marked as used in preference to a set that is marked used. When a VLR successfully requests a token from the HLR or an old VLR, it discards any tokens that are marked as used. When an HLR receives a request for tokens, it sends any sets that are not marked as used. Those sets shall then be deleted or marked as used. The system operator defines how many times a set may be reused before being discarded. When HLR has no tokens, it will query the authentication centre for additional tokens. The token-based challenge can be integrated into various call flows (e.g., registration, handoff). It is described separately here for clarity. Figure 17 shows the call flows of token-based challenges. 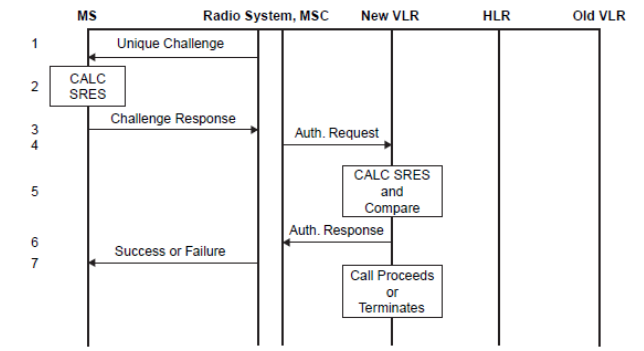