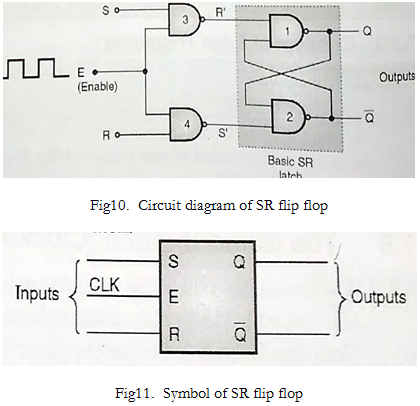 Case I: When E=0, outputs of NAND gates 3 and 4 will be forced to be 1 irrespective of the values of S and R. That means R'=S'=1. This will cause output of SR flip flop to remain same. Thus for E=0, output will remain unchanged irrespective of S R values.

Case II: When E=1, S=0, R=0, outputs of NAND gates 3 and 4 are forced to become 1 and similar to above case, output of SR flip flop will remain changed.