Topic: Introduction To Analysis Of Algorithm 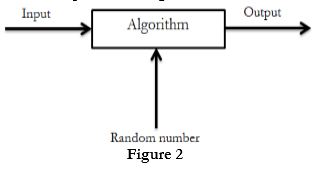 The problem of finding ‘a’ in an array of n elements:

In a given array of n elements let half elements are ‘a’ and that of half are ‘b’. One approach of the approach is to look at each element of the array and this is an expensive one and will take n/2 operations, if the array were ordered as ‘b’s first followed by ‘a’s. With this approach we cannot guarantee that the algorithm will complete quickly.

Using randomized algorithm, if we look randomly then we can find ‘a’ quickly with high probability.