Where, f (x) is length of path from root to node x.

G (x) is number of non-blank tiles which are not in their goal position for node x. 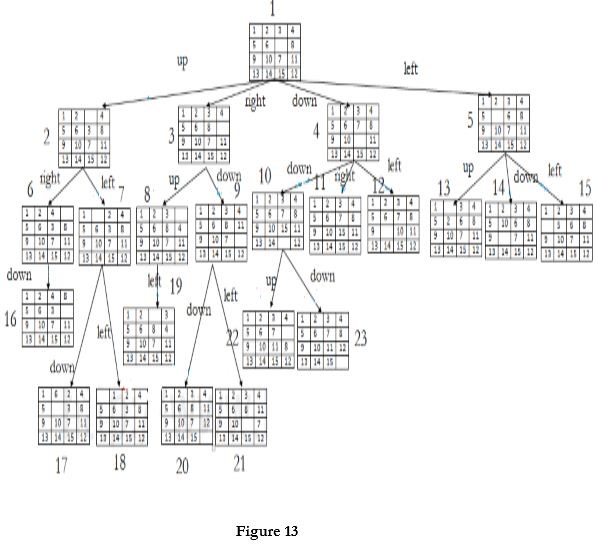