The process of determining which competing bus master will be allowed access to the bus is called Bus Arbitration. 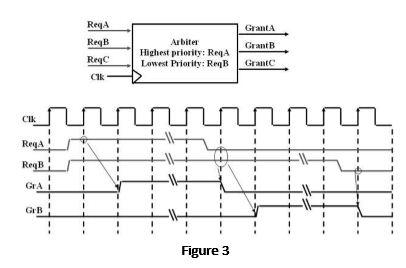