Logical connections in ATM are referred to as virtual channel connections (VCCs). A VCC is analogous to a virtual circuit in X.25; it is the basic unit of switching in an ATM network. A VCC is set up between two end users through the network and a variable-rate, full-duplex flow of fixed-size cells is exchanged over the connection. VCCs are also used for user-network exchange (control signaling) and network-network exchange (network management and routing).

For ATM, a second sublayer of processing has been introduced that deals with the concept of virtual path (Figure 1). A virtual path connection (VPC) is a bundle of VCCs that have the same endpoints. Thus, all of the cells flowing over all of the VCCs in a single VPC are switched together.

4. Enhanced network services: The virtual path is used internal to the network but is also visible to the end user. Thus, the user may define closed user groups or closed networks of virtual channel bundles. 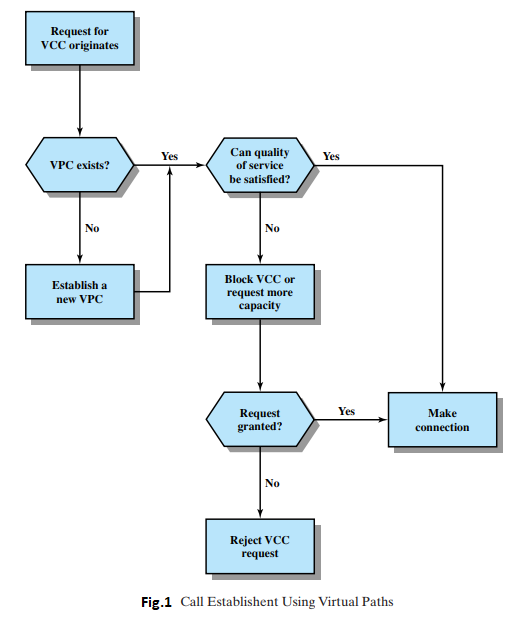