0
6.2kviews
Draw and explain frame format of FR and explain address fields. How it provides congestion of control and QoS

Frame Relay frame format is as shown in the figure. Out of all the fields address field can be varied as 2 bytes, 3 bytes, or 4 bytes depending on the extension required in the network. 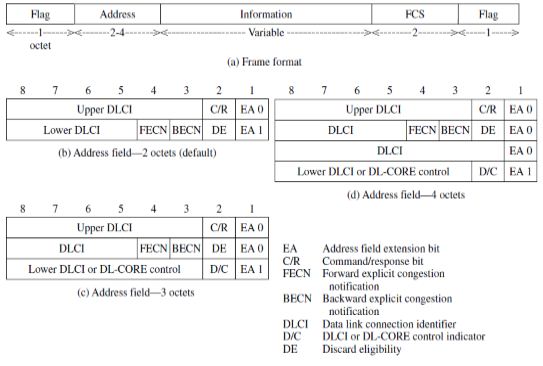