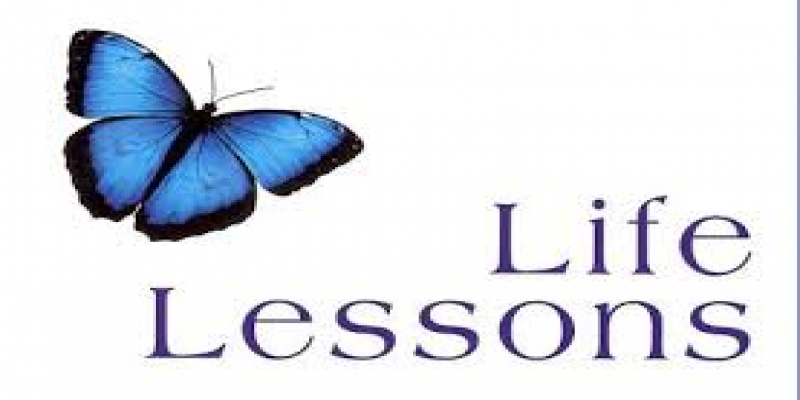 Everyone learns a great deal from life, some at an early age, some a little later. But life does not fail to teach its lessons to us through our experiences. Here are five life lessons to remember for a lifetime-

You might have many things to achieve on your to-do list, but how many of them are really important as well as urgent? Do you succeed in selecting the right things to do, or you go about doing all the unimportant stuff first?

Benjamin Franklin, one of the founding fathers of The United States, got complaints from his peers that he didn’t give enough time for many important things. He then thought to himself, I work hard every day, still I keep getting complaints. Disappointed, he thought of making a list every day containing-

At the end of the week, he analyzed the list, and, he was staggered! He realized he had finished minimum important tasks and all the unimportant tasks throughout the week!!

This simple example highlights why setting priorities is so important on a day-to-day basis.

'The only thing that remains constant is change'

It’s inevitable, it happens whether you wish for it to happen or not. You resist it, and you fail. You become proactive, accept responsibility for a forthcoming change, and you survive. It’s that simple. You can survive only by accepting and adapting to the many minor and major changes around you.

To realise the value of ONE YEAR, ask a student who failed a grade.

To realise the value of ONE MONTH, ask a mother who has given birth to a premature baby.

To realise the value of ONE WEEK, ask the editor of a weekly newspaper.

To realise the value of ONE HOUR, ask the lovers who are waiting to meet.

To realise the value of ONE MINUTE, ask a person who just missed a train.

To realise the value of ONE SECOND, ask someone who just avoided an accident.

To realise the value of ONE MILLISECOND, ask the person who won a silver medal at the Olympics.

86,400 seconds in a day. Learn to make the most of it because everything can be brought back except time. That’s why they say- time is money. :)

Life and experiences already give us a lot of reasons to be distressed. It’s upon you to try and find the silver lining around any dark cloud. Being optimistic has innumerable benefits-

• Greater resistance to the common cold.

• Better coping skills during hardships and times of stress.

Aren't these reasons enough to start practicing positive thinking? It might take some time to change your mentality, but eventually you will start seeing the glass half full.

Try and incorporate these life hacks and see for yourself the new productive and satisfied you! :)