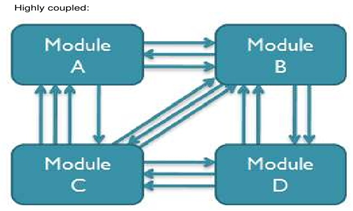 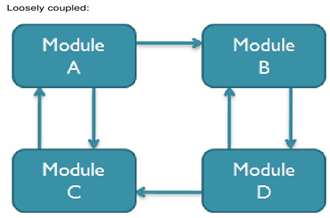 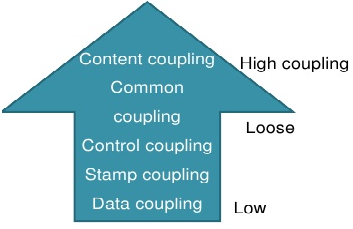 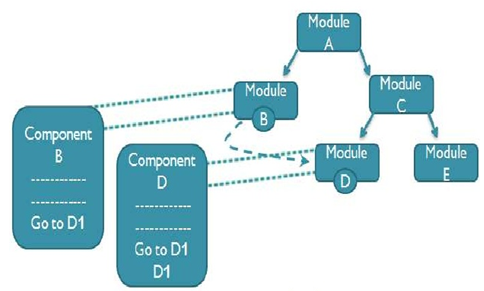 Common coupling: We can reduce the amount of coupling somewhat by organizing our design so that data are accessible from a common data store.

Low coupling is in the context of two or many modules. If a change in one module results in many changes in other module then they are said to be highly coupled. This is where interface based programming helps. Any change within the module will not impact the other module as the interface (the mean of interaction ) between them has not changed.

That is why High cohesion and low coupling is recommended for good system design.