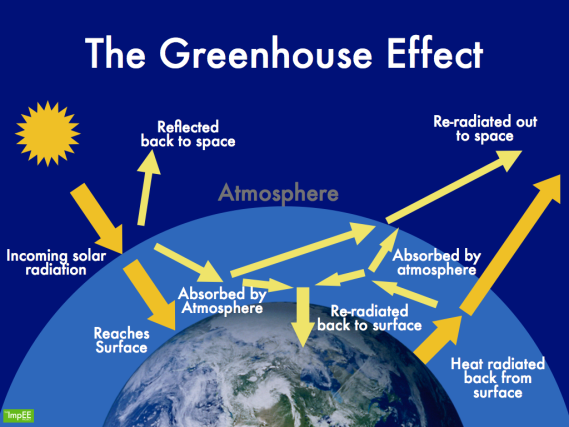 By their percentage contribution to the greenhouse effect on Earth the four major gases are: