 It is called as Traffic Multiframe.

 It composed of 26 bursts in a duration of 120ms, out of these 24 are used for traffic, one for SACCH and one is not used.

 It is called as Control Multiframe. 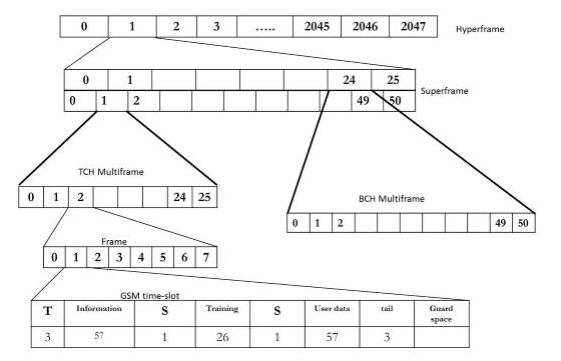