1
11kviews
What is cross over distortion and explain method to remove in class B Amplifier.
electronic devices and circuits 2
ADD COMMENT EDIT
1 Answer
0
184views 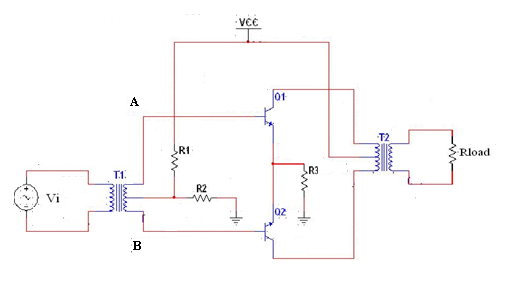 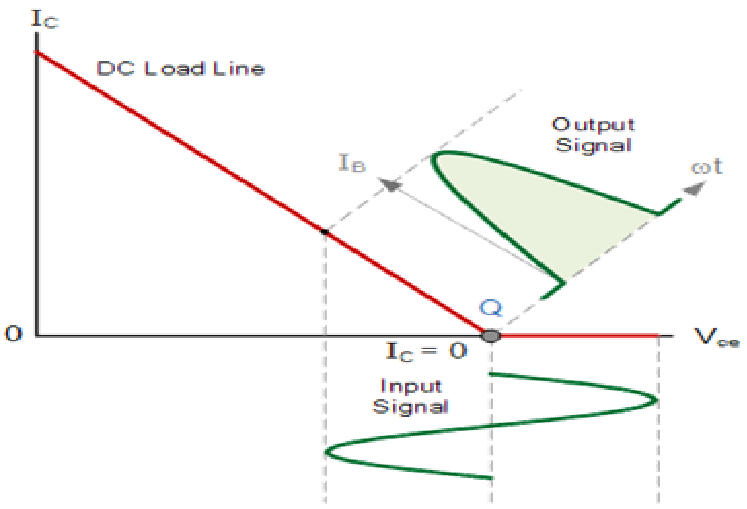 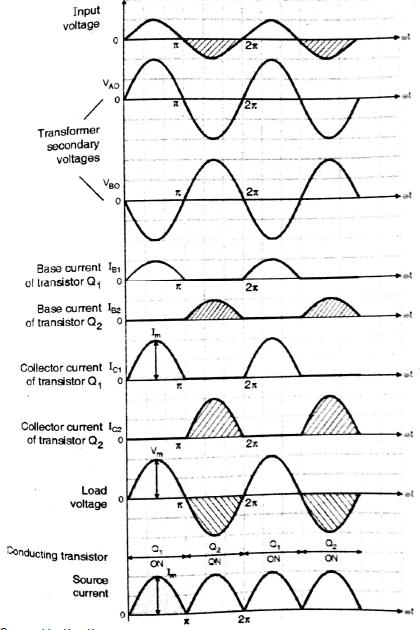 The Class B push pull as well as complementary class B power amplifier suffers from cross over distortion . This is due to the fact that output signal become zero whenever input closes zero become output current ($I_C$) is zero till Vin reaches to Vcuttin everytime (in +ve half cycle as well as –ve half cycle). 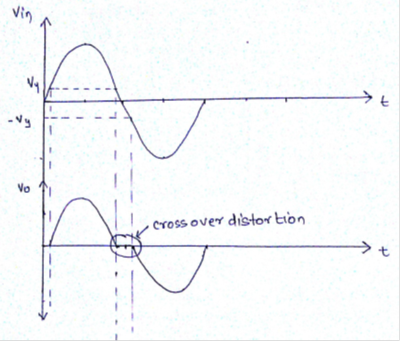 Cross over distortion can be avoided by biasing transistor just above cut off as shown in Figure 4. 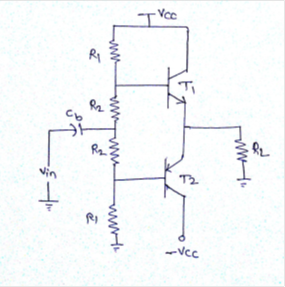 During +ve half cycle of a.c input T1 become ON and T2 operates in cut off region. As input signal increases more and more. T1 will conduct more i.e more current will drawn from Vcc through load hence Vop will be approximately equal to Vcc. During –ve half cycle. T1 becomes OFF and T2 conducts and hence current passing through load from –Vcc supply. The use of 2 power supply can be avoided by using capacitive load.