• The bus topology is usually used when a network installation is small, simple or temporary as shown in the figure.

• On a typical bus network the cable is just one or more wires with no active electronics to amplify the signal or pass it along from computer to computer. This makes the bus a passive topology.

• In a star topology all the cables run from the computers to a central location where they are all connected by a device called a hub as shown in the figure. 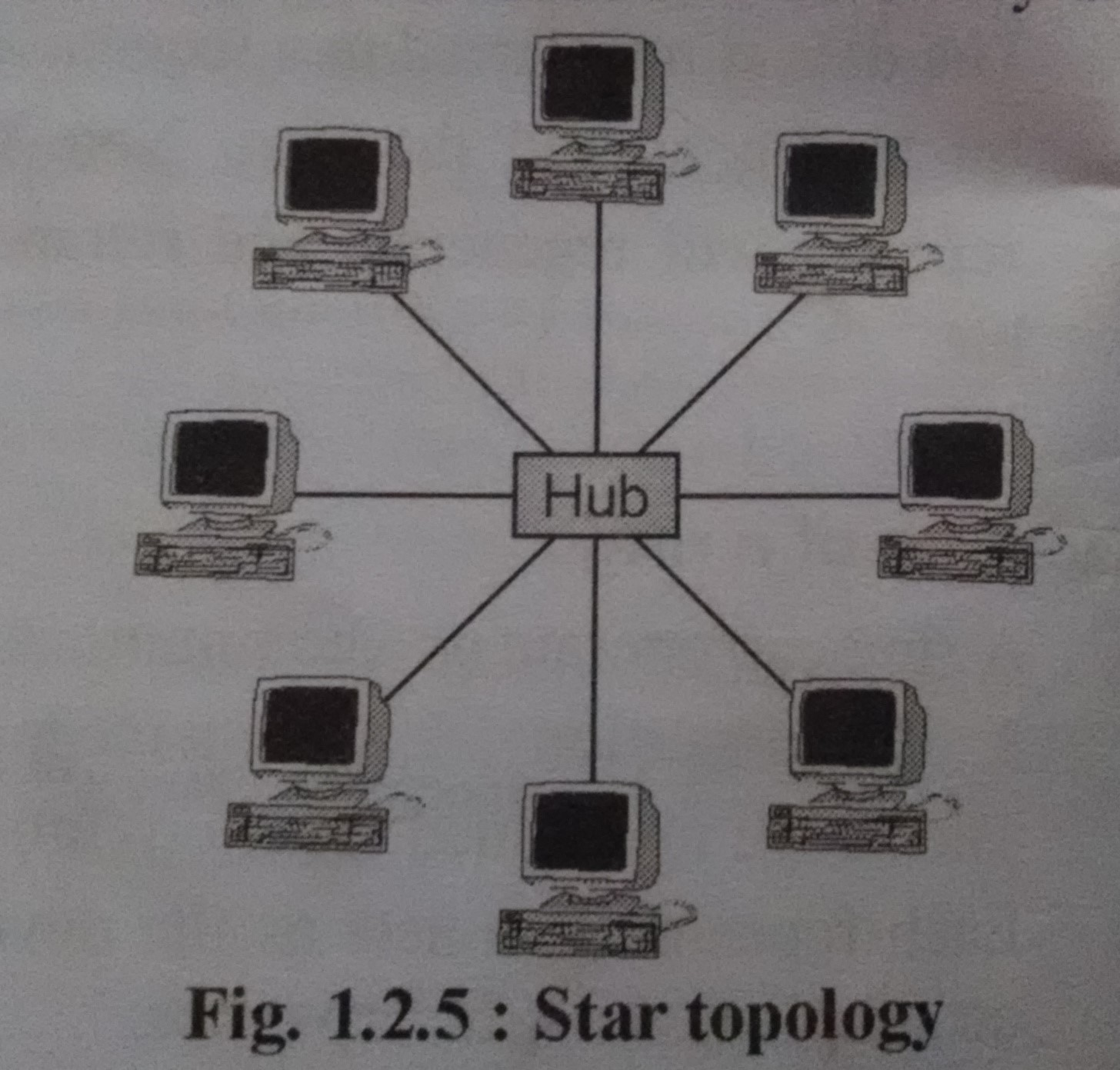 • Every packet or data that is transmitted on the network is passed through the network, has to pass through the central hub. Hence it acts as a repeater.

• Damage caused by line failure is controlled as all the data packets pass through a central hub, hence retransmission is possible. 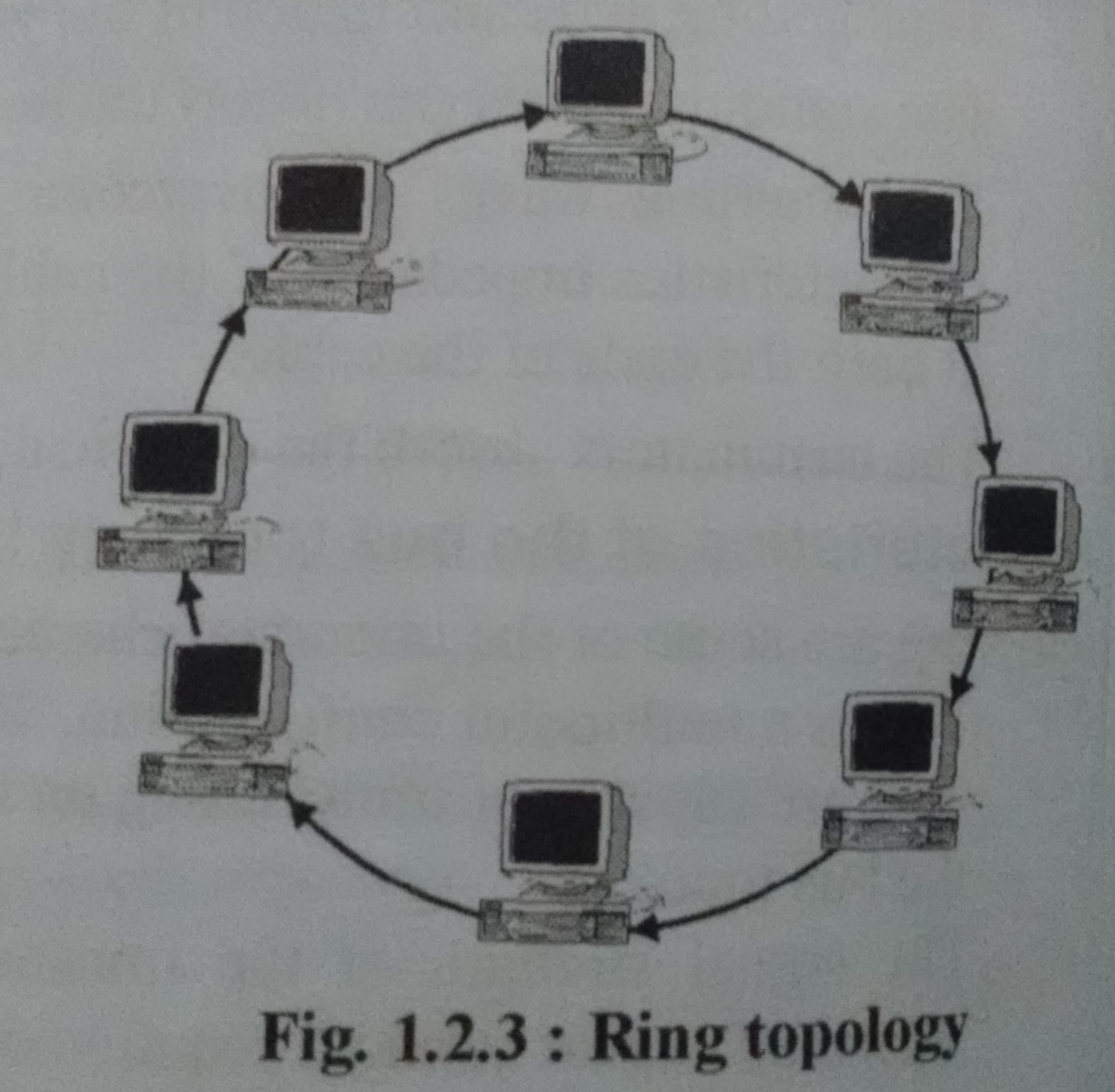 • Data and signals travel over the network in a single direction.

• They are used in high performance networks which require large bandwidth.

• Packets that are passed through the network are prefixed by sender station addresses that are checked at each terminal to verify the correct destination station.

• In a mesh topology every device has a dedicated point to point link to every other device as shown in the figure. 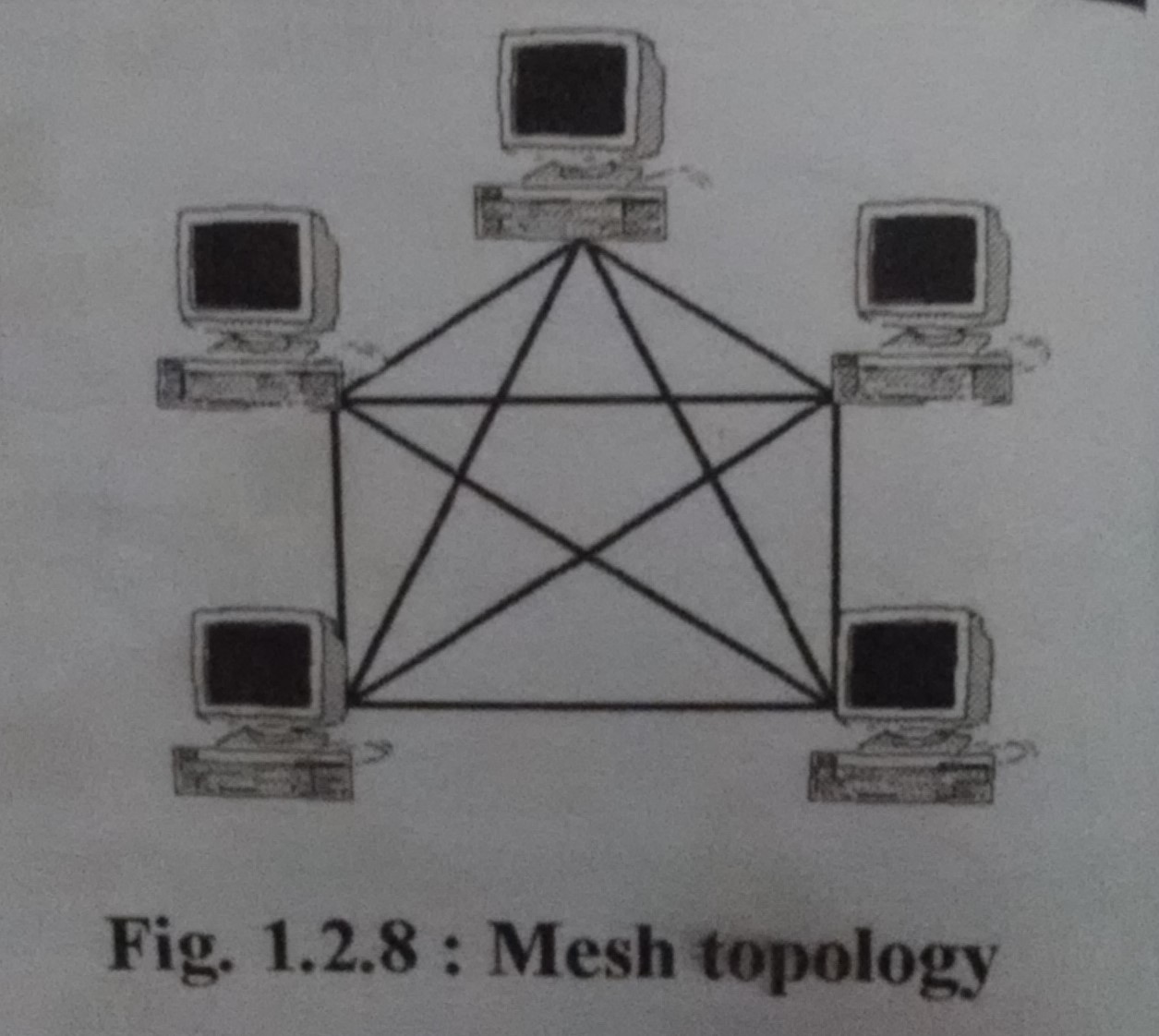 • In case of link break, another connecting link can be provided through an intermediate node.

• Such a network requires routing or flooding path hence routing algorithm are implemented.

• For every ‘n’ devices that are connected in a mesh topology, the total number of physical channels required is n(n-1)/2 and total input-output ports are (n-1).

• A tree topology is a variation of a star. Nodes in a tree are linked to a central hub that controls the traffic to the network. 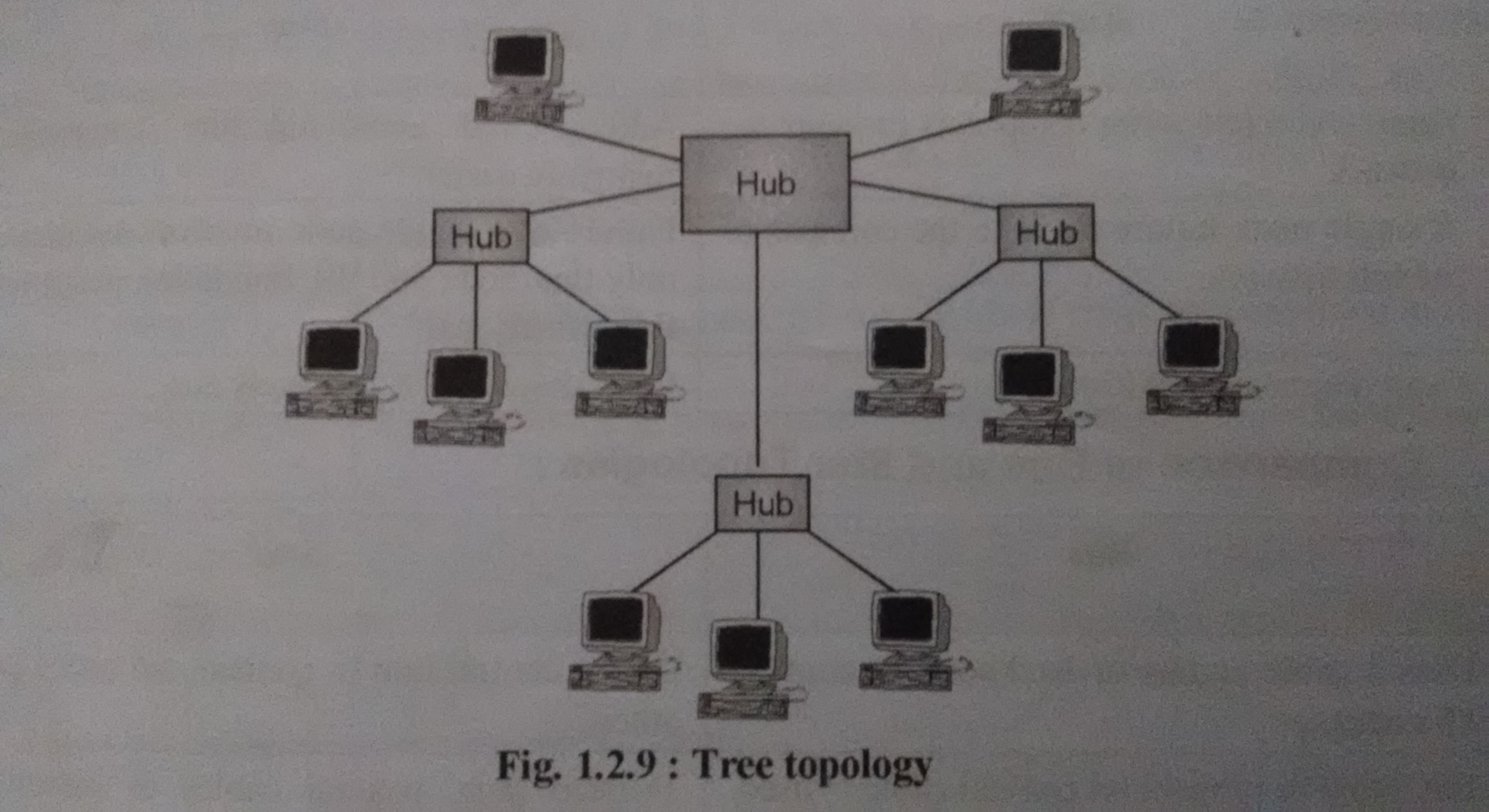 • The central hub is the tree in an active hub which contains repeater. The repeater amplifies the signal and increase the distance a signal can travel.

• The secondary hubs may be active or passive. A passive hub provides a simple physical connection between the attached devices.