Since the evaporator in refrigerator operate at temperatures below $0^o$C, therefore it is subjected to the accumulation of frost or ice. the lower the evaporator temperature the thicker will be the frost formation. Methods Of Defrosting:

The simplest method of defrosting is to shut down the system manually and wait to start until the evaporator warms up enough to met the accumulated frost. the method is still employed on large installations. The major drawback of this system is ling defrosting period. 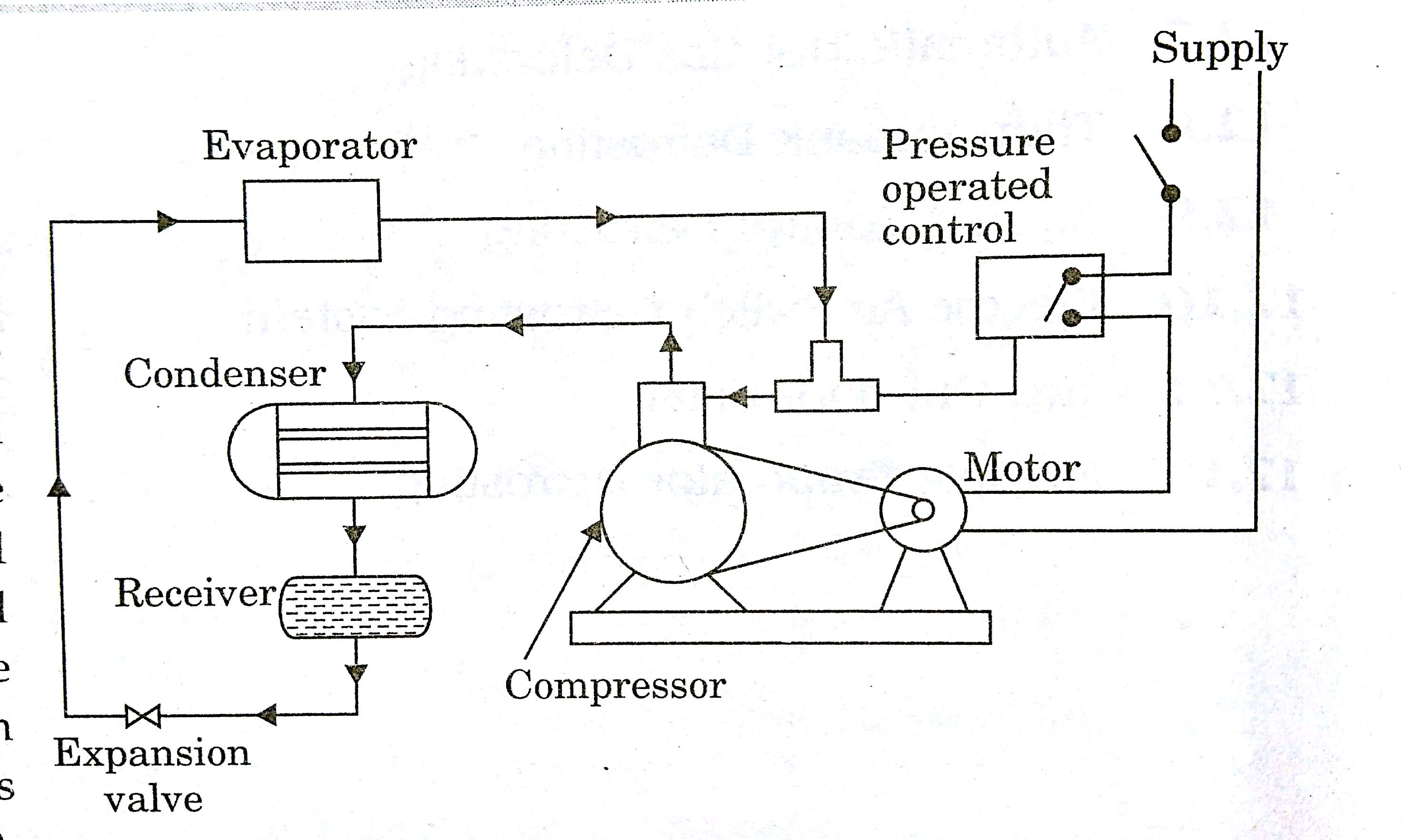 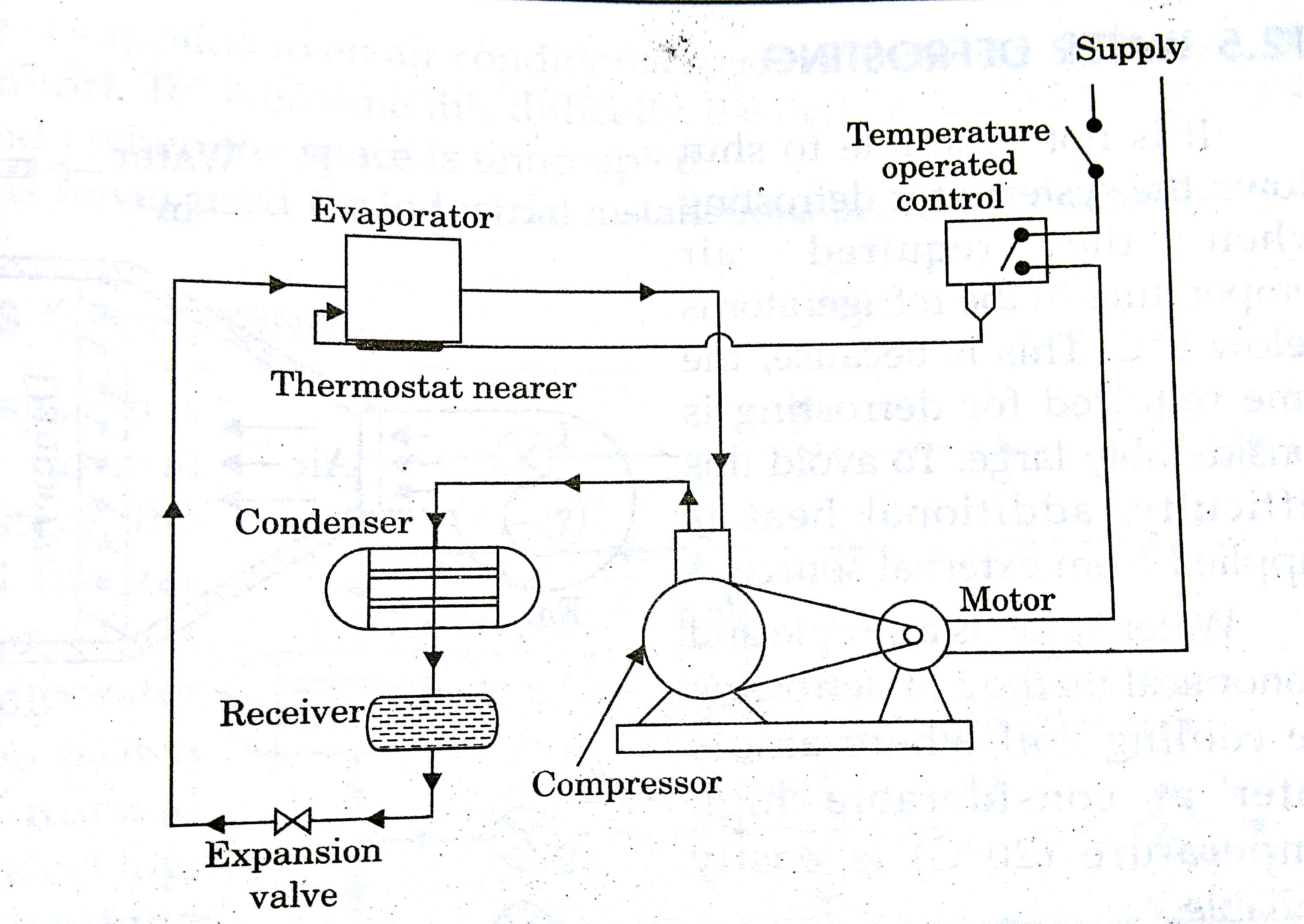 the frosting on the cooling coil causes the compressor to operate at lower suction pressure due to reduced heat transfer between the coil and air. when the pressure falls below predetermined value due to objectionable frosting, the pressure operated control comes into action and stops the compressor.

the control switch is set to permiit the coil to warm up to $0^o$C and defrost before it starts again.

The defrosting can be conveniently accomplished just by reversing the cycle operation. when the cycle is reversed, the hot gas from the compressor is passed to the evaporator ad as it contains sufficient quantity of heat, it melts the frost accumulated on the evaporator coil. the normal operations of the and operation during defrosting are shown in fig 3.

during the defrosting operation the air is heated instead of cooled as t flows over the evaporator. this is highly objectionable if this air is supplied to an air-conditional space occupied by the people, that is because it created more discomfort. to overcome this difficulty, the defrosting cycle can be timed to occur at night or during periods when the space is unoccupied. 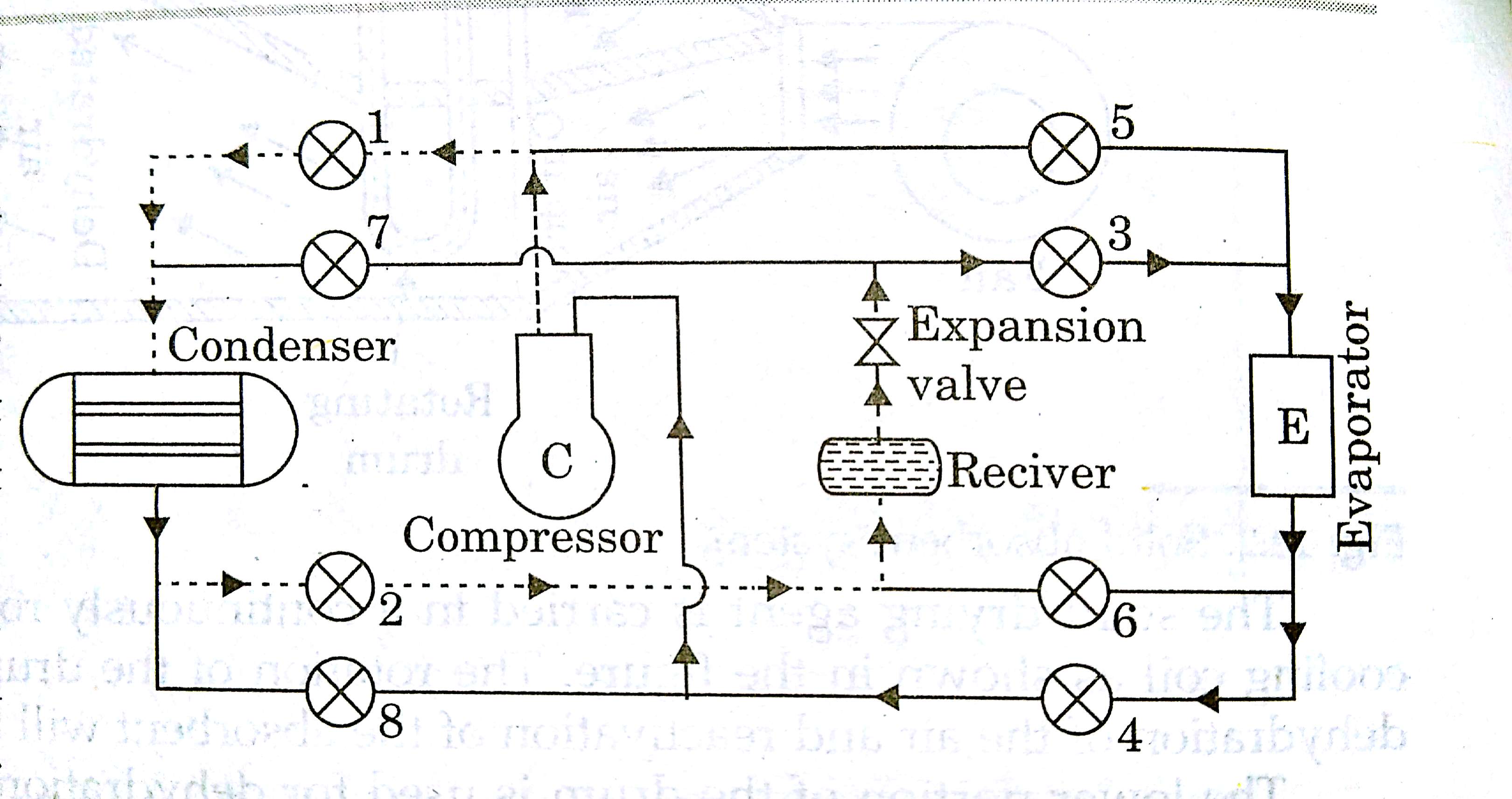 this defrosting method is never used for industrial installation because these are continuous running systems.