A servlet life cycle can be defined as the entire process from its creation till the destruction. The following are the paths followed by a servlet

Here is the signature of this method: 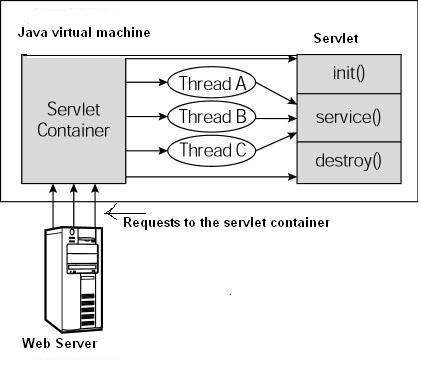