1
9.3kviews
What is a thread and advantages of using them? What are different models for organizing threads? 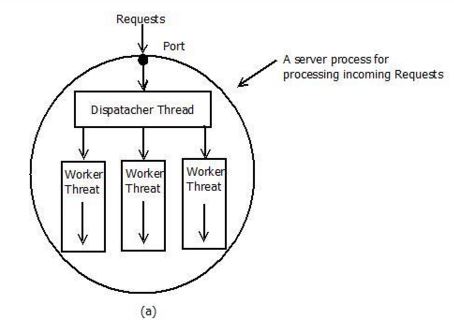 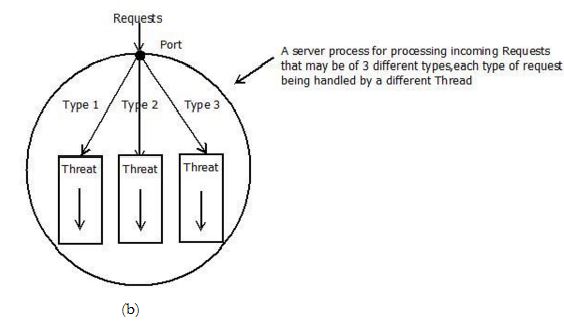 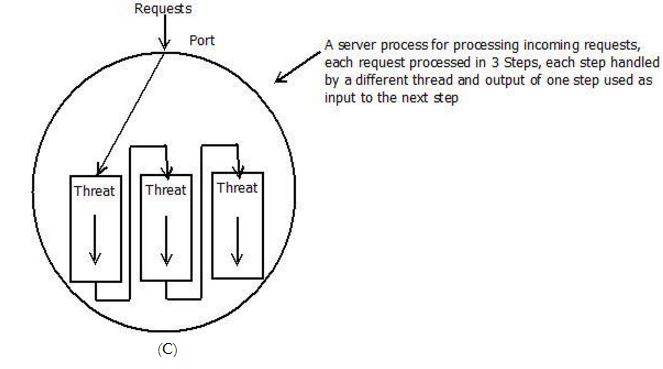 2 ) Team Model : In this models, all threads behave as equals in the sense that there is no dispatcher-worker relationship for processing clients requests. Each threads gets and processes clients request on its own. This model is often used for implementing specialized threads within a process. That is, each thread of the process is specialized in servicing a specific type of request. Therefore, multiples types of requests can be simultaneously handled by the process. An example of this model is shown in figure 8.7(b).

3) Pipeline Model: This model is useful for applications based on the producer-consumer model, in which the output data generated by one part of the application is used as input for another part of the application. In this model, the threads of a process are organized as a pipeline so that output data generated by the first thread is used for processing by the second thread; the output of the second thread is used for processing by the third thread, and so on. The output of the last thread in the pipelines is the final output of the process to which the threads belong. An examples of this model is shown in figure 8.7(c)