Four levels of addresses are used in the TCP/IP protocol: physical address, logical address, port address, and application-specific address as shown in Figure. 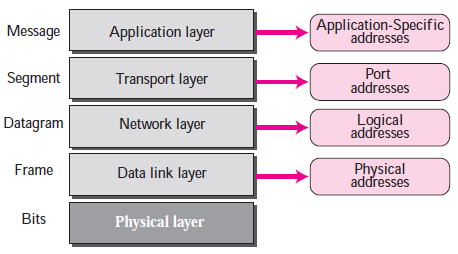