0
Explain the advantages of dynamic programming . How it differs from divide and conquer

Dynamic Programming* In computer science, mathematics, management science, economics and bioinformatics, dynamic programming (also known as dynamic optimization) is a method for solving a complex problem by breaking it down into a collection of simpler subproblems, solving each of those subproblems just once, and storing their solutions. The next time the same subproblem occurs, instead of recomputing its solution, one simply looks up the previously computed solution, thereby saving computation time at the expense of a (hopefully) modest expenditure in storage space. 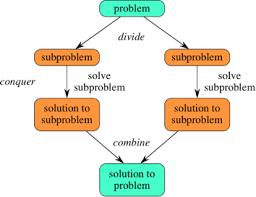