Also the Sutherland Cohen subdivision line clipping algorithm requires the calculation of the intersection of the line with the window edge. These calculations can be avoided by repetitively subdividing the line at its midpoint. 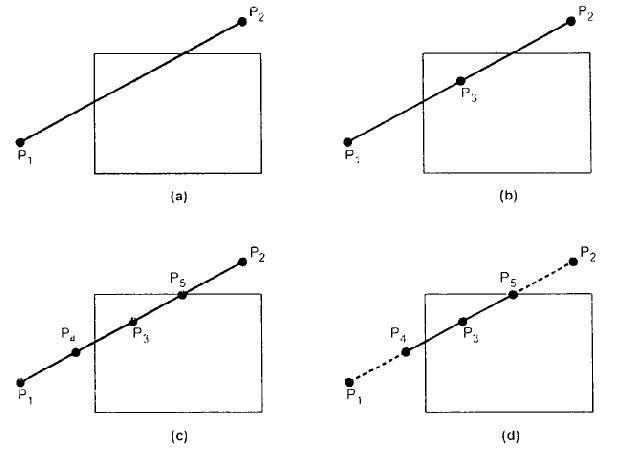 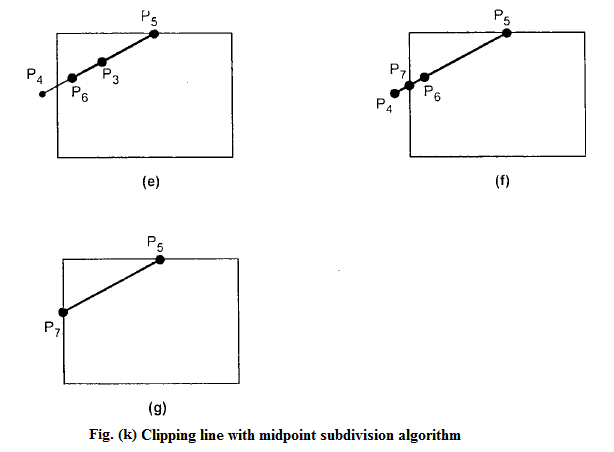 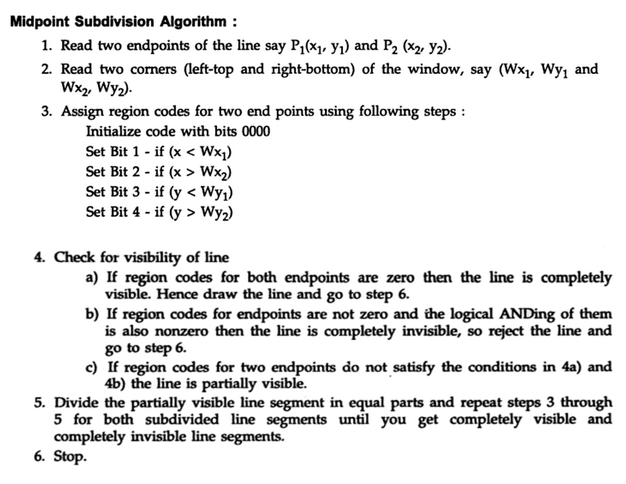