The window, which served as clipping boundary in two-dimensional space In three dimensional space the concept can be extended to a clipping volume or view volume. The two common three dimensional clipping volume are a rectangular parallelepiped, i.e. a box, used for parallel or axonometric projection, and a truncated pyramidal volume used for perspective projections. Fig.(27) shows these volumes. These volumes are six sided with sides: left, right, top, bottom, hither (near), and yon (far). 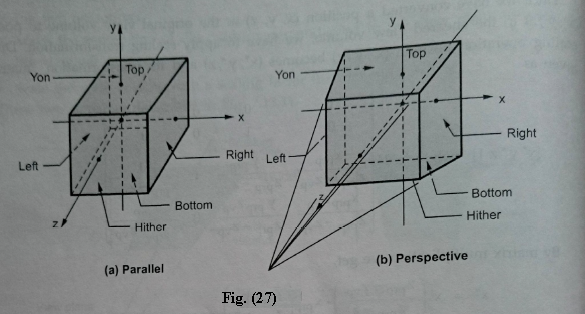 The two-dimensional concept of region codes can be extended to three dimensions by considering six sides and 6-bit code instead of four sides and 4-bit code. Like two-dimension, we assign the bit positions in the region code from right to left as

We have seen that determining the end point codes for a rectangular parallelepiped clipping volume is a straight forward extension of the two dimensional algorithm. 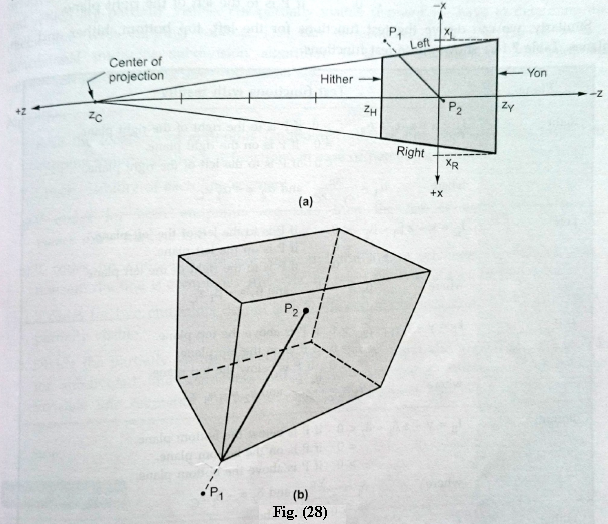 Fig. (28) shows a top view of the perspective clipping volume. The equation of the line which represents the right hand plane in this view can be given as 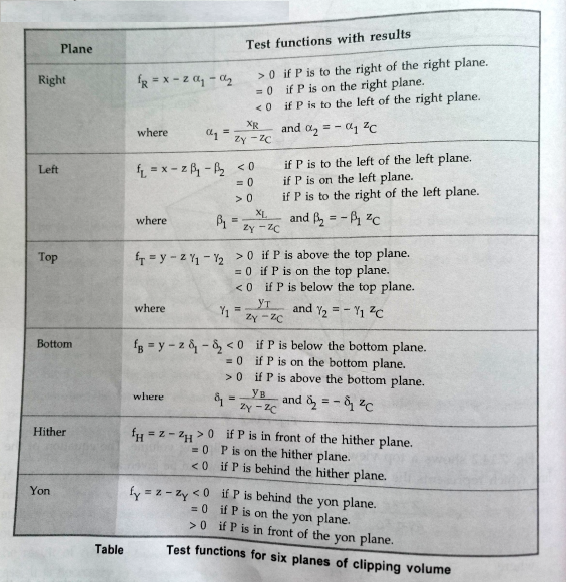