• There are four basic ways of connecting the feedback signal. Its also known as feedback topologies. Both voltage and current can be fed back to the input either in series or parallel.Specifically there can be following types of feedback present.

all above four feedback topologies and their advantages and disadvantages summarized by below table: 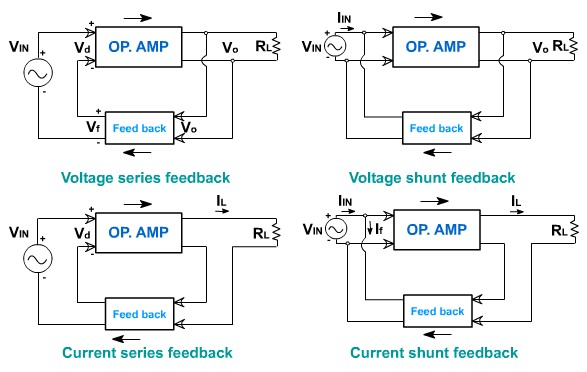