Three basic devices used in the SONET system are shown in Fig. Functions of the three devices are mentioned below:

• Regenerator: It is a repeater that takes a received optical signal and regenerates it. It functions in the data link layer.

• Add/drop Multiplexer: Can add signals coming from different sources into a given path or remove a desired signal from a path and redirect it without demultiplexing the entire signal 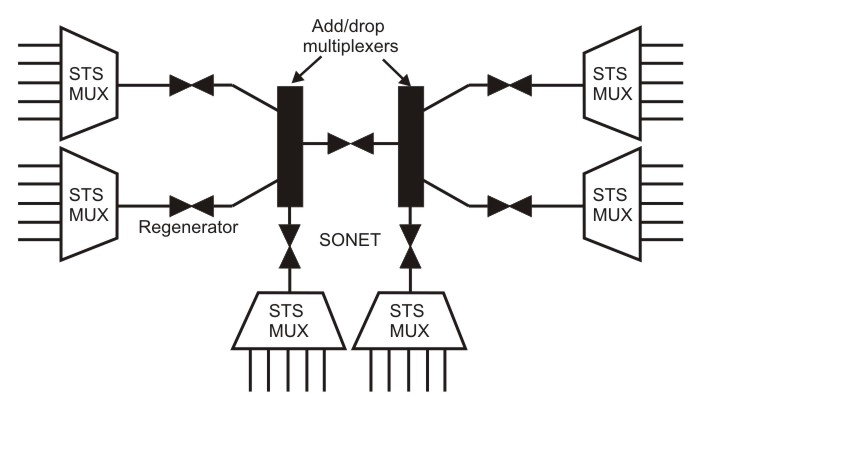 A number of electrical signals are fed into an STS multiplexer, where they are combined into a single optical signal. Regenerator recreates the optical signal without noise it has picked up in transit. Add/Drop multiplexer reorganize these signals.

A Path is the end-to-end portion of the network between two STS multiplexers, as shown in Fig 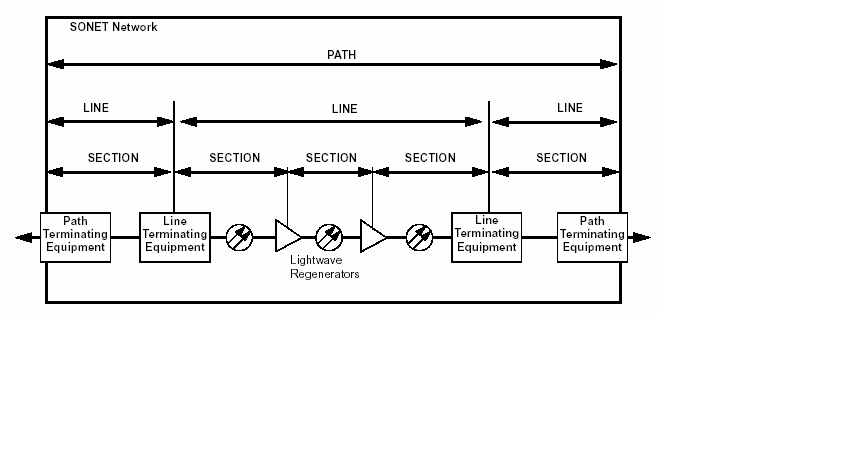 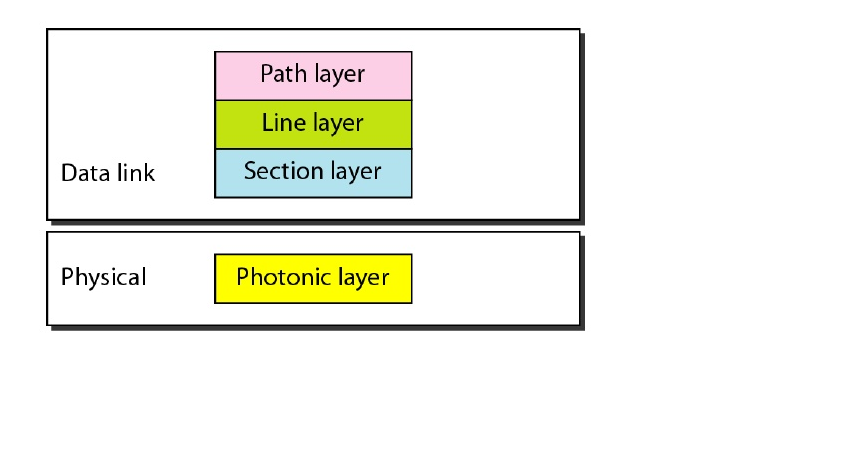 The SONET standard includes four functional layers: the photonic, the section, the line, and the path layer. They correspond to both the physical and the data link layers .

The path layer is responsible for the movement of a signal from its optical source to its optical destination. At the optical source, the signal is changed from an electronic form into an optical form, multiplexed with other signals, and encapsulated in a frame. At the optical destination, the received frame is demultiplexed, and the individual optical signals are changed back into their electronic forms. Path layer overhead is added at this layer. STS multiplexers provide path layer functions.

The line layer is responsible for the movement of a signal across a physical line. Line layer overhead is added to the frame at this layer. STS multiplexers and add/drop multiplexers provide line layer functions.

The section layer is responsible for the movement of a signal across a physical section. It handles framing, scrambling, and error control. Section layer overhead is added to the frame at this layer.